Back in 2007, after I’d spent a year flunking pupillage interviews upon completion of Bar school, I hatched a desperate plan – pretty much at random – to start a new life in Gibraltar. The half-baked idea was that I’d get a pupillage at one of the Anglo-Spanish law firms there, lead a contented expat life for a few years, before returning to take the English Bar by storm someday. For a good few months, this fantasy sustained me as I wrote hyperbolic copy about “mind-blowingly brilliant star performers” for Chambers and Partners, the legal directory, and flunked more pupillage interviews. Then, one day, I actually quit my job at Chambers and Partners and got on a plane to Gibraltar… 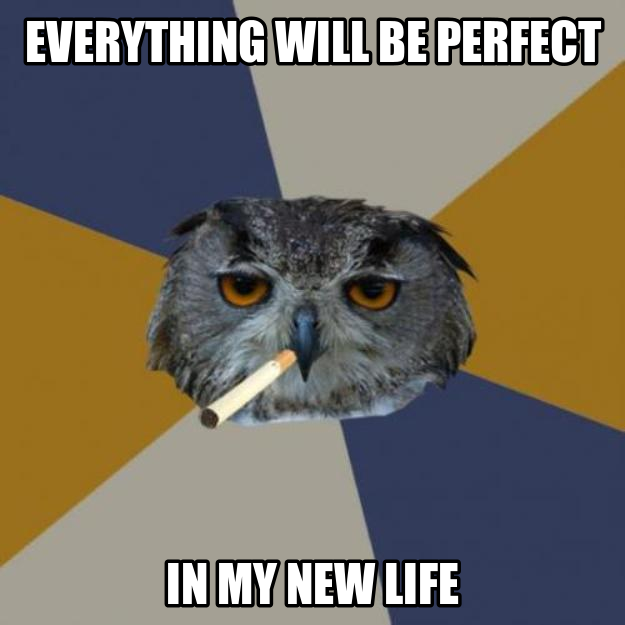 The first couple of days were OK, as I wandered round handing my CV out to bemused local lawyers and telling myself what a great adventure this was. Then, on day three, the “What the fuck am I doing?” question hit me – and, having been unable to come up with a decent answer as I contemplated years on a strange rock where I knew nobody, I quietly returned home to a sustained period of unemployment.

Some of my pupillage-less Bar school coursemates did similarly crazy things, jetting off all over the world to try to fulfil the various (legal and non-legal) fantasies that they had dreamed up to sustain themselves during a difficult time. It basically proved a waste of time and money for all of them.

I relay this information now because it’s what sprung to mind when I read a pair of cringeworthy law firm departure emails (from the same guy) that have been doing the rounds in the blogosphere over Easter. Unlike me, their young author managed to get a job as a lawyer, but after just four weeks into his time at New Zealand law firm Chapman Tripp he decided to quit his job in order to go to Berlin (or possibly San Francisco, New York or London) to “create and innovate”.

In other words, life wasn’t going brilliantly – and it’s worth bearing in mind that getting a job as a lawyer can be as bad as not getting a job as a lawyer in this respect – so rather than work to improve what he had, the guy has thrown in the towel and done a geographical. The problem with geographicals, of course, is that you start from square one – and take yourself with you. Anyway, here are the emails (one informal, one formal). I guarantee this won’t end well. 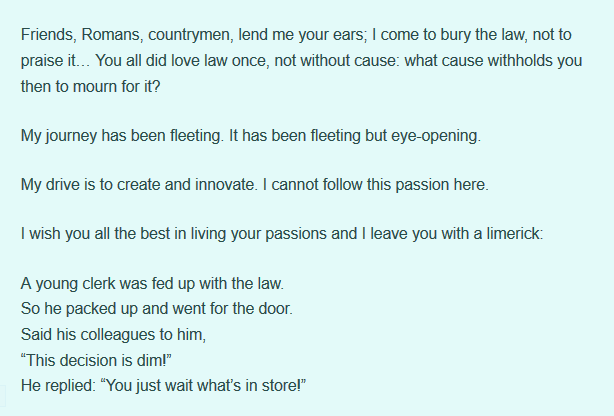 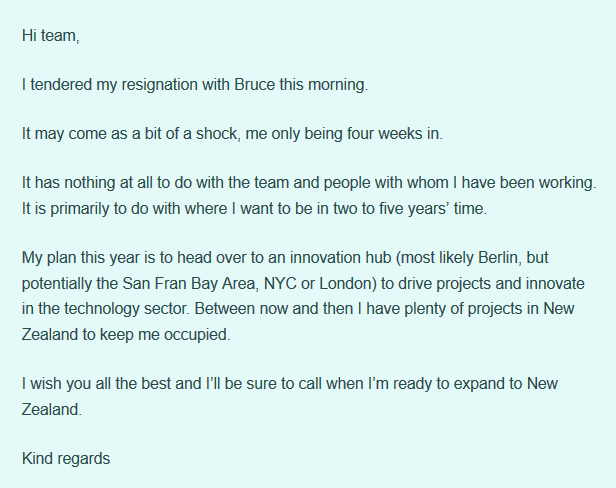