Glasgow University law student Calum Humphrey is one of those Salmond-haters – as he indicated recently on Twitter. 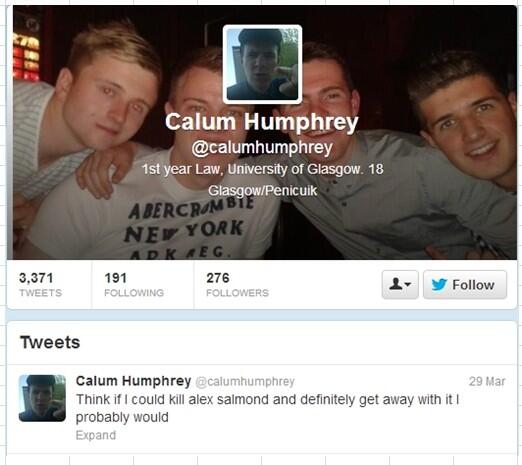 Unfortunately for Humphrey, the tweet has been seized upon by Scottish nationalists who seem to have taken it rather literally. Amid dark mutterings about whether they will “see him in court”, there have been calls issued for an apology from the “aspiring young lawyer [who] hopes to get away with killing Alex Salmond”.