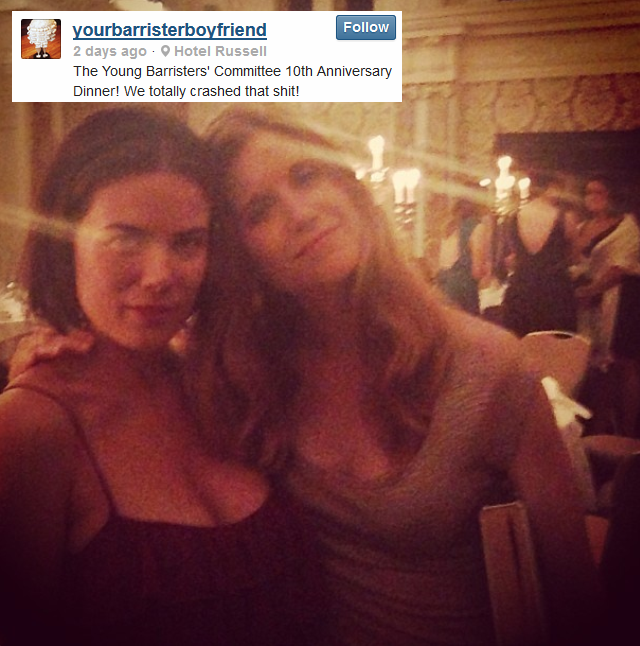 On Friday evening the “Barrister Hottie Experts” behind Tumblr sensation Your Barrister Boyfriend defied the wishes of the Young Barristers’ Committee of the Bar Council to attend its anniversary dinner.

Having seen their request for a ticket declined on the grounds that they are not members of the Bar, London-based Americans Sonia Van Gilder Cooke and Natalia Naish — whose barrister attractiveness rankings caused a storm over the summer — went along anyway and smooth-talked their way in.

Inside London’s Hotel Russell, the duo — who work, respectively, as a journalist and an art historian — came face-to-face with one of the barristers who featured in their seminal “21 Hottest Barristers in London 2013” list…

They met barristers including New Square Chambers’ Alex Learmonth, who, following her and Naish’s exhaustive research, was found to be the “18th hottest barrister in London”.

There are more of the Barrister Hottie Experts’ photos of the glamorous black tie evening on their Instagram page.