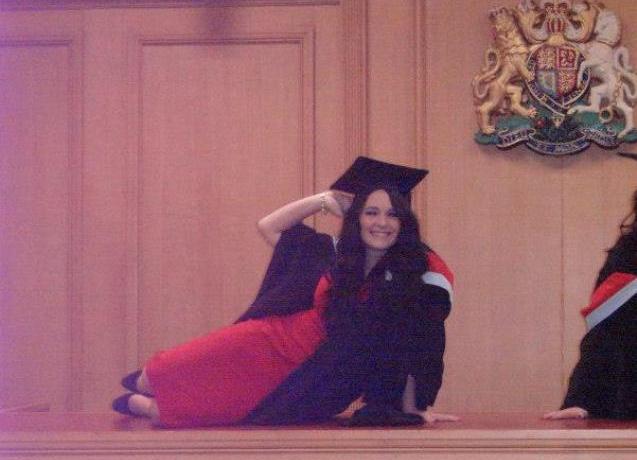 22 year-old Pizzarello, who tweets at @NataPizza, told The Derby Telegraph that competing in beauty contests had improved her confidence in a way that would benefit a future legal career.

“I used to cry at the thought of public speaking and I knew that had to change if I wanted to be a solicitor,” she said. “It’s helped me a lot and I’ve really grown to enjoy it. I’m now used to pressurised situations that I will come across in my future career because of the pageants.”

Having stressed that studying law takes priority over her modeling sideline, Pizzarello added: “I know it’s a strange mix of the two fields but I can see valuable assets in both, and confidence is one of the main examples.”

Below: Pizzarello in action.