Correspondence sent by 49 year-old Paul Baxendale-Walker (pictured above) to Natasha Eustace, 25, sits at the heart of a dispute over a flat in Walton-on-Thames and a Range Rover that both parties are claiming ownership of.

The personal nature of Sargespace Limited v Natasha Anastasia Eustace meant that, during an application for summary judgment in the case by Baxendale-Walker’s company, Sargespace, Mr Justice Males was forced to consider in detail emails which the lawyer-turned-pornstar had sent to Eustace.

The Bailii transcript of the hearing quotes Justice Males reading several of Oxford-educated Baxendale-Walker’s expressions of love for Eustace, and comparing them with a statement he had made in his evidence.

That statement described Eustace as “never anything more than a TV stripper and glamour model, who provided sex and occasional companionship in exchange for a comfortable and conditional standard of living which I procured for her.” It continues: “She is only one of more than a dozen girls for whom I procure the provision [of] housing, cars and other benefits. The provision is always conditional on my satisfaction with the relationship. As soon as I am no longer satisfied, the use benefits are withdrawn.” 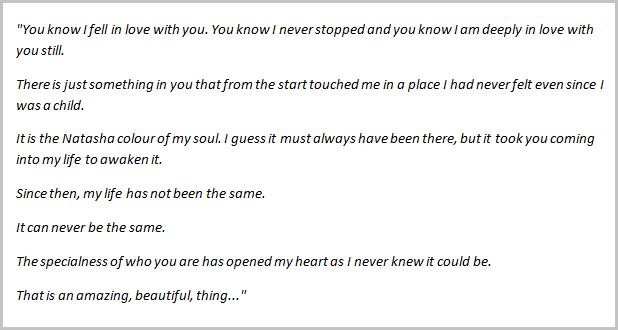 Rather than pause to admire the depth of sentiment of the emails, Justice Males mocked them as “rambling and emotional”, adding witheringly that they “would not necessarily win any literary prizes”.

However, acknowledging that the emails at least had a “genuine ring” which suggested that Eustace “may well have been rather more to Mr Baxendale-Walker than just another stripper”, he proceeded to dismiss the application for summary judgment.

Paragraphs 1-10 of the judgment, which is dryly humorous throughout, are well worth a read.

Baxendale-Walker — who qualified as a barrister before becoming a solicitor and has also authored a series of textbooks on the law of tax — was struck off as a solicitor in 2007 due to his role in providing a reference for an associate of fraudulent (unknown to Baxendale-Walker at the time of giving advice) trustees of a pension scheme, which was found by a tribunal not to be based on factual assertions.

He owns wealth strategy practice, Baxendale Walker LLP, based in Mayfair and Glasgow, and was responsible for the employee benefits trust scheme implemented by Rangers FC. This scheme was challenged by HMRC in 2012, but the tribunal upheld the legality of the strategy.

Baxendale-Walker can be seen in action below: