While women account for, on average, 56.5% of associates and 23.3% of partners, the ratios vary widely between firms — with a survey of 105 major law firms by Chambers Student detailing exactly how widely.

For example, at a handful of outfits, such as Fisher Meredith (whose gender ratios are shown in the picture above), women significantly outnumber men, while at other firms there are hardly any women at all…

The most women: top 20 firms 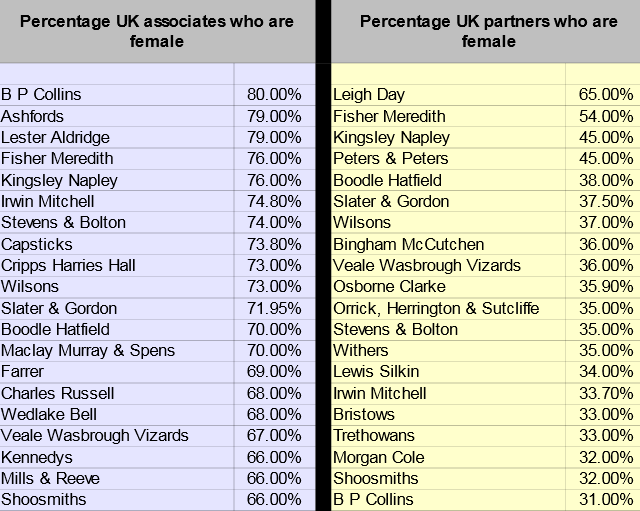 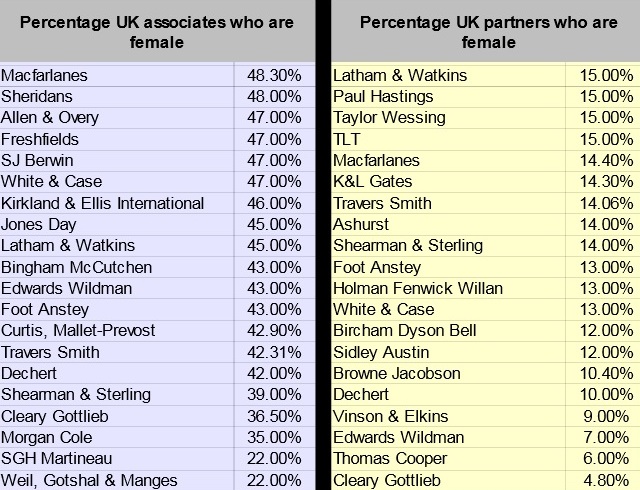 It’s worth noting that some of the US firms shown above (whose London offices only were polled in the survey) have pretty nominal UK presences, so the sample of data is very small. More interesting, perhaps, is that the magic circle firms, when taken collectively, were shown to have fewer female lawyers than average, with women making up just 49.1% of associates and 19.1% of partners.

The full survey, which also contains a section on ethnicity similar to the recently published Black Solicitors Network ‘Diversity League Table’, is here.