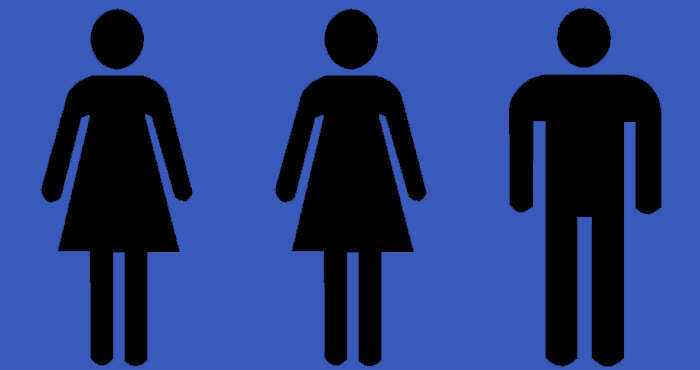 Though the percentage of women studying law has been steadily increasing for years, this is the first time this two-to-one ratio has ever been reached. To break the figures down, of the 26,075 students who accepted a place to study law in 2017 8,510 are men (33%) and 17,565 are women (67%), UCAS data shows. 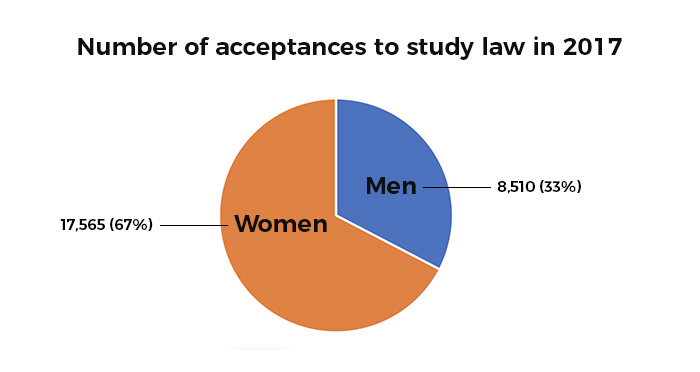 The reason for this trend is because more women, as opposed to less men, are applying and then accepting law school places. The number of male acceptances has stayed around the 8,000 mark since 2009, while the number of women has increased by 28%, from 13,725 to 17,565, in that time.

Given the disproportionate number of women being churned through university law schools, it’s perhaps unsurprising this is reflected in the gender balance of young solicitors.

Law Society statistics show that 62% of solicitors admitted to the roll in 2016 are female. Overall, however, Solicitors Regulation Authority (SRA) research shows male lawyers do still outnumber female lawyers, while the percentage of female partners is only about a third.

Sign up to the Legal Cheek Hub
Gender diversity Students