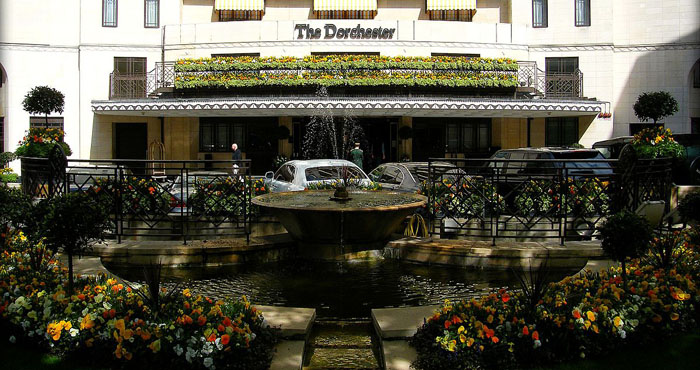 Graham Shear, a partner at BLP’s London office, is understood to have been assigned a seat at a table hosted by the now former Presidents Club co-chair, David Meller. It’s not clear whether Shear — who heads up BLP’s international commercial disputes team — attended the event. Legal Cheek has contacted both BLP and Shear for comment.

Meanwhile, Kingsley Napley’s real estate consultant, Francis Weaver, is also understood to have featured on the guest list, which was published in full by The Guardian yesterday evening. Weaver — who enjoys “good company, food and wine”, according to his professional profile — was assigned space at a table hosted by commercial real estate giant James Andrew International. Legal Cheek understands Weaver attended the event and has contacted him for comment.

Finally, Fried Frank partner Dan Oates. Legal Cheek understands that Oates — a corporate and private equity partner at the US firm’s London office — appeared on the guest list but did not attend the evening. A spokesperson for Fried Frank told Legal Cheek: “Dan did not attend the dinner and left shortly after arriving. Dan and Fried Frank are appalled by, and completely disassociate themselves from, the reported behaviour.”

There is no suggestion that any of the lawyers attending the charity gala were involved in inappropriate behaviour, or that they condone the behaviour alleged to have occurred.

The trio of new names come just hours after City outfit Mishcon de Reya confirmed that one of its top lawyers had attended the swanky dinner. In a lengthy statement it said that Nick Minkoff — a real estate partner in London — had “attended the evening as a guest in order to support good causes”. It continued:

“He is embarrassed by being associated with this event and has confirmed that he never personally witnessed any of the reported behaviours but does not dispute them. He himself condemns any such behaviours.”