She’d only been qualified for three years 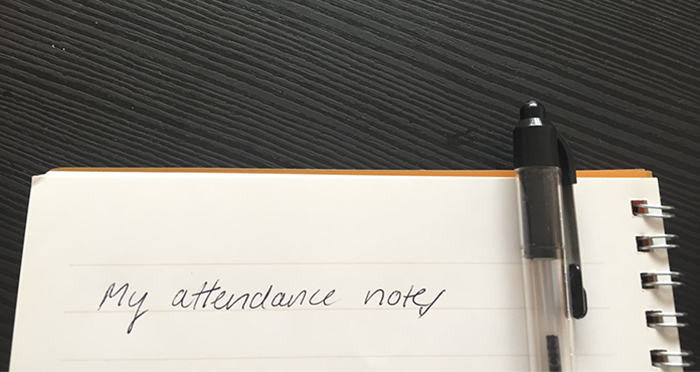 A 31-year-old associate has been booted out of the profession by the Solicitors Disciplinary Tribunal (SDT) for producing misleading insurance documents and faking attendance notes.

Kate Sanderson has been qualified for just three years yet found herself at the SDT’s mercy when she was prosecuted by the regulator, the Solicitors Regulation Authority (SRA), in December 2016.

The SRA, represented by senior legal adviser Andrew Bullock at the SDT, claimed the young solicitor resorted to dishonest action when she failed to confirm an increased insurance limit for a case she was working on. When the case was discontinued, Sanderson’s client became liable to pay defendant costs, which were approximately £55,000.

In an attempt to conceal her error, Sanderson was alleged to have created two insurance policy schedules with increased indemnity limits (the insurer denied having agreed to increase the limit). The SRA claimed Sanderson knew, or ought to have known, that these would mislead insurers. It was also alleged Sanderson had made attendance notes for calls that hadn’t taken place and correspondence that had not been sent to try to show she’d secured the increased indemnity.

Sanderson was working at Express Solicitors at the time, a personal injury outfit in Manchester which deals with medical negligence, work accidents, road accidents and serious injury claims. A formal investigatory meeting was held at the firm in March 2016, at which the respondent denied falsely creating the policies and falsifying letters, emails and telephone notes. When she was contacted by the SRA, Sanderson told them:

“I did not create the policy documents and have no recollection of anything untoward at the time. It would have been of no benefit to me to create such documents.”

But this didn’t quite wash with the SDT. The three-person tribunal found “beyond reasonable doubt” that the policy schedules had been fabricated — and they had some less than complimentary things to say about Sanderson.

Not only did the bench say she “failed to provide direct answers to the questions asked” when giving evidence, it continued:

“Whilst the tribunal accepted that people’s memories fade with time, it noted that even when questioned by her then employers a few months after the event, [she] had been unable to furnish any explanation on the basis that she had little or no recollection of the matter. The tribunal found this to be incredible.”

In mitigation, the SDT did note Sanderson was in the early stages of her career as a solicitor and that she’d claimed to have been unwell at the time. However, it found that her actions were “deliberate, calculated and repeated”, and that the only appropriate and proportionate sanction would be to strike her off. She was ordered to pay £9,000 in costs.

Sanderson is not alone in having been recently struck off the roll by the SDT lately.

In an unrelated matter, Azfar Bajwa, a 45-year-old solicitor who worked at a firm in East London, too found himself before the tribunal. He, according to the SDT, had filed “unarguable and abusive” judicial review claims in a bid to grow his business.

Bajwa, the SDT said, gave “discursive, inconsistent” evidence that “lacked credibility”. His actions “had a significant impact on the judicial system and on the public purse”, and “the harm caused to the reputation of the profession by such conduct was severe”. He was struck off and ordered to pay £37,500 costs.