Has Theresa May’s review come about because of his actions? 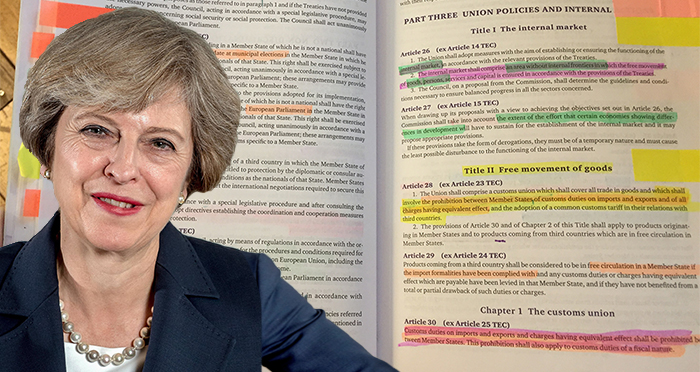 A University of Derby law student who used his EU law studies as a springboard to petition the European Union to bring infringement proceedings against the UK government has told Legal Cheek he thinks our tuition fee system is unlawful and he won’t back down in trying to prove this.

David Gale has sent a legal petition to the EU regarding the UK’s implementation of Directive 2008/48/EC via the Sale of Student Loans Act 2008, which he thinks saw “consumer credit protection stripped from student loans”. He believes British legislation has been drafted with the assistance of private investment bankers in preparation for the sell-off of billions of pounds of student loans.

Gale petitioned the European Commission on this, requesting the initiation of infringement proceedings on violation of EU competition law and consumer rights grounds. Speaking to Legal Cheek, he says:

“The basic idea came to me having studied EU law. I’m always trying to place what I’m learning into practice if I’m going to stand any chance of recalling it, so I used the EU law module content as a basis for my claim.”

The Commission has now replied to aspiring barrister Gale’s petition, stating it believes student loans are excluded from the scope of the application of the directive and are subject only to national legislation. But, it also noted that national authorities “should in any event monitor these loans to ensure that they continue to meet the conditions allowing their exclusion” from the directive.

The EU’s nudge to monitor tuition fees comes just as Prime Minister Theresa May announces a review of tuition fees and university funding, which Gale speculates may have come about because of EU calls to “monitor” student loans. (Interestingly, her speech announcing the review was made in Derby.)

Gale, who was in his second year of university when he filed the petition, continues to “push on with exposing the fact that consumer credit protection has been stripped from student loans”. He has now provided evidence to the Economic Affairs Committee of the House of Lords.

In 2016, we reported that Gale had found himself in a spat with the student loans company when it refused to cough up the full amount he was owed.

In full lawyer mode, Gale called upon the 1877 contract law case of Parker v South Eastern Railway to show the company’s terms and conditions were not readily accessible at the point at which the contract is agreed (and therefore didn’t apply). The independent assessor that handles student loan disputes found in Gale’s favour.