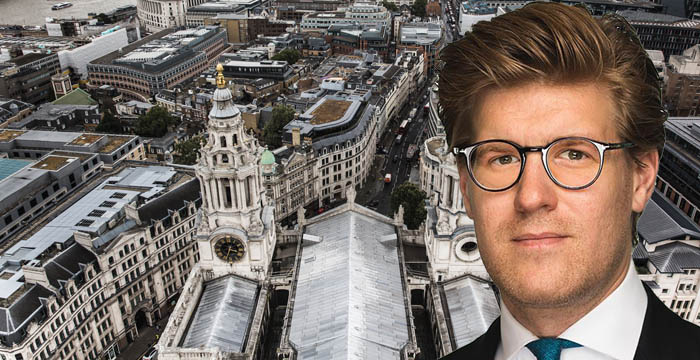 Until last year, Alex van der Zwaan was an associate at the London office of US law firm Skadden Arps Slate Meagher & Flom. The 33-year-old — who studied law at King’s College London and graduated in 2006 — has now been charged in a Washington court after being accused of lying to FBI investigators about his communications with former Trump campaign aide Rick Gates.

Belgium-born van der Zwaan was also accused of lying about a report he helped prepare during his time at Skadden into the trial of former Ukrainian prime minister Yulia Tymoshenko, according to court papers. He also allegedly lied about his communications with an unknown individual, referred to in the papers as “Person A”, and deleted emails between him and “Person A”.

Yesterday, van der Zwaan pleaded guilty to one count of making a false statement to investigators and is due for sentencing on 3 April, according to US news reports. He faces up to five years in prison and a maximum fine of $250,000 (£180,000), however it is understood he is likely to receive a much lower sentence.

A spokesperson for Skadden — which offers ten City training contracts annually and pays its fresh-faced associates a whopping £118,000 upon qualification — said:

“The firm terminated its employment of Alex van der Zwaan in 2017 and has been cooperating with authorities in connection with this matter.”

What else do we know about van der Zwaan? Well, according to his now defunct Skadden profile — recovered by Legal Cheek — he specialised in litigation, congressional investigations and government policy. He completed the Legal Practice Course (LPC) at BPP Law School in 2007 and speaks four languages: Dutch, English, French and Russian. Van der Zwaan is married to art critic Eva Khan, the daughter of the Russian billionaire German Khan.

Sign up to the Legal Cheek Newsletter
Skadden Solicitors