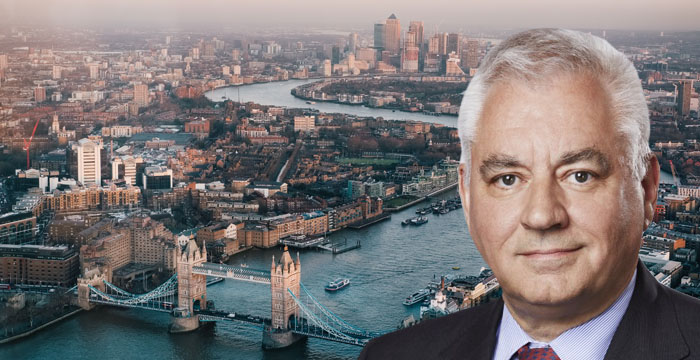 A medical start-up which is headed by the chairman of DWF has been sued by its former chief financial officer and director. The company denies the claim, and a hearing date has been set for 8 October 2018.

According to court papers seen by Legal Cheek, accountant Kenneth McEnery has issued proceedings against BioSure Limited, a company at which he worked for about nine months. The chairman of BioSure — a company that claims its HIV self-test is at least 99.7% accurate — is Sir Nigel Knowles, who is also the chairman of DWF and the former head of DLA Piper.

According to the medical testing company’s website, Knowles works alongside the BioSure team “to set the strategy and direction, and advises on how best to scale up the business internationally quickly and effectively”. Knowles doesn’t seem shy of a start-up: he is also the chairman of The Link, an app “designed to help law firms improve client communication” that was founded by solicitor and The Apprentice contestant Lauren Riley.

The claimant, McEnery, is suing BioSure for the alleged non-issue of shares, which he says he was contracted to receive in lieu of a salary. He is being represented by Ashley Cukier, Littleton Chambers, and solicitors at Solomon Taylor & Shaw.

Court papers, filed with the High Court (Chancery Division), state that “at various points between April and November 2016, the claimant raised the matter of non-issuance of his shares with the company directors”, Knowles included, “explaining that until he had the issued shares he feared he was, effectively, working for a company (whose long-term prospects remained uncertain) for nothing”. Another company director named in the court papers is Mel Sims, a former partner at DLA Piper who provides legal counsel at BioSure.

At a board meeting in December 2016, attended by Knowles and at DLA Piper’s office, “it was resolved that [BioSure] would allot 60 shares (amounting to 5% of the share capital of the company) to the claimant”, court papers say.

The defendant, represented by Peter Webster at Essex Court Chambers, will defend this claim. A spokesperson tells Legal Cheek:

“The company denies the claim. The company does not comment on matters which are subject to legal proceedings.”

A defence prepared by Alexandra Carn, a partner at Edwin Coe, says:

The court documents later state BioSure “made clear” to McEnery that it had “no intention of allotting shares to the claimant and instead offered the claimant £50,000 ‘when the company has the cash'”.

McEnery claims that after he rejected the offer, he received an email from Sims just before Christmas stating: “No need to come in during January.” On this, the defendant says: “[I]t is denied that Mr Sims’ email of 23 December 2016 confirmed the defendant’s decision to bring the claimant’s role to an end pursuant to the contract. The claimant had decided to leave his role.”

He is now suing the company for alleged breach of contract, saying BioSure “failed to issue [him] with the shares to which he was entitled”. He is seeking a specific performance remedy because, his claim maintains, “damages are plainly inadequate”.

Sign up to the Legal Cheek Hub
DWF Legal affairs

should be an interesting one!

What an epic fall from grace.