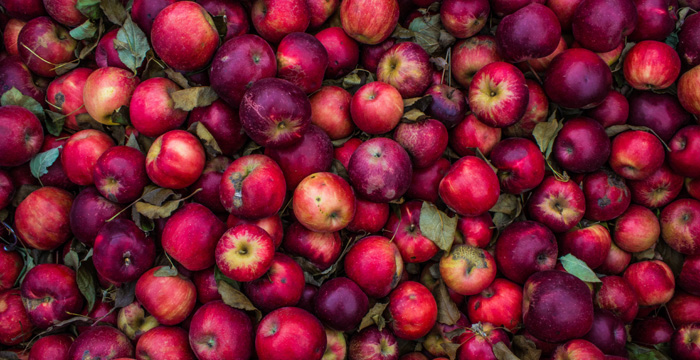 Late last year, Blue Planet II fans watched in horror and disgust as the series’ final episode showed the destructive impact plastic pollution is having on our oceans and wildlife. Every year, around eight million tons of plastic in dumped into the sea, the show’s host, David Attenborough, saying bluntly of the synthetic material: “It kills.”

Now, the sights of punters sipping through paper straws in Wetherspoons and shoppers bringing reusable bags to supermarkets are familiar. But sustainability isn’t just about plastic. You can now dine out in eco-friendly restaurants, shop ethical and green labels and order food online that would have otherwise been thrown away.

Also riding the sustainability wave is Get Wonky, a company founded in 2016 that urges juice lovers to “give wonky fruit a chance”. The eight-person team buys fruit from farmers that they would have otherwise struggled to sell for sometimes three quarters off the market price, then juices them. Food used includes: apples, strawberries, beetroots and chokeberries.

You may assume the brains behind the business is a hotshot food and drinks specialist, or someone with a background in the eco-system and sustainability (particularly given the founders’ plan is to become one of the most sustainable food brands in Europe). But you’d be wrong: Maciek Kacprzyk, who founded the company with his girlfriend, is a law graduate.

Maybe ‘law graduate’ doesn’t quite do it justice: Kacprzyk has studied law in three institutes, first enrolling on a five-year degree in his native Poland, at the University of Wroclaw, for which he obtained a masters. Later, he obtained a further masters degree at the University of South Wales, and has also studied in Tallinn, Estonia, as part of his Wroclaw course.

It’s a lot of studying to not end up in legal practice, particularly given Kacprzyk concedes he was interested in starting his own business long before he began his law degree. Aged five, he was making and selling shoes out of paper, was whole selling fizzy drinks at school by 12, then stock trading by 16. Why not just study business, then? He explains:

“I came from a family of lawyers. My godmother used to be a judge, my dad is a solicitor and my brother is a barrister. I think I was just brought up in an environment where studying law was the done thing.”

Interested in law and aware of its ‘a good, solid degree’ status, Kacprzyk was turned off the idea of legal practice and the “boring office work” it almost inevitably entails early on. “I guess I could’ve dropped my studies after the first year then gone straight into business,” he says, “but I don’t like giving up.”

Degrees complete come 2016, Kacprzyk turned his hand to the “huge” problem of food waste. “Four million apples are wasted everyday,” he says, “we’re working with farmers in the UK to help stop this being the case.”

Kacprzyk — who was the chairman of the European Cooperation Student Association when he was at law school — is hopeful Get Wonky will help farmers all across the globe, too. “The plan is for the business to become global in the next few years,” he says. A big ask but: “We’re ambitious people”, he says of himself and the business’s co-founder, Karina Sudenyte.

Skills that spring to mind when you think about what it takes to expand a business include: tenacity, confidence and market savvy. But it’s also pretty useful to know some law, Kacprzyk tells us.

Navigating EU rules on quality of produce and labelling come far easier to Kacprzyk given his legal background, as does business negotiation and also drafting. He cites his general understanding of how business contracts and health and safety laws operate as further benefits to him having studied a law degree.

“Perhaps having studied business would have been more transferrable to what I do now,” he says, “but I’m thrilled with what I’ve achieved on the back of my law degree.”