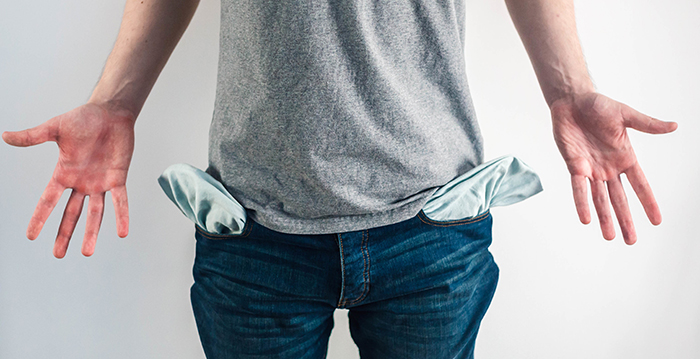 A high street law firm has attempted to fill its paralegal vacancies with unpaid law grads. Smart Solicitors Limited has since tweaked the online advert and removed an unpaid option for wannabe lawyers who lack on-the-job experience.

The firm, which covers specialisms including immigration, personal injury and employment law, is looking to recruit five paralegals in its Birmingham office, according to the online ad. The listing, posted earlier this month on the job search engine Indeed, states the “ideal candidate” will be a law graduate with a minimum of one-year full time working experience in a legal aid contracted firm.

However, Legal Cheek can reveal an old version of the advert (screenshotted below) stated that if a candidate lacked the required experience for the role then the firm would happily provide “3 months unpaid experience which may be extended to a further 3 months subject to performance.” This part of the advert has now been removed. Smart Solicitors declined to comment.

Unfortunately, it appears Smart Solicitors has forgotten to amend a similar ad on its own website.

Like before, the job listing (again screenshotted below) states that the firm can offer “3 months voluntary experience which may be extended to a further 3 months subject to performance.” All three versions of the ad go on to say that successful candidates will be considered for future training contracts within the firm.

This isn’t the first time a law firm has tried to hire unpaid paralegals.

In 2014, London legal aid giant Duncan Lewis was seeking 20 Legal Practice Course (LPC) and Bar Professional Training Course (BPTC) grads to work free of charge for four weeks as “volunteer” paralegals. When we got in touch, the firm swiftly pulled the ad from its website and other job pages. Meanwhile, Canary Wharf-based outfit Kawa Guimaraes & Associates went one step further and attempted to charge students for work experience.

I am glad legalcheek is exposing this practice, the profession on a whole needs to do mote to stop firms doing this. Graduates spend so much at these work experience places only to be told that the firm no longer needs them anymore, and then the firm hires another lamb to be slaughtered in similar fashion.

A company recently called me after I applied to one of their Paralegal ads. They were quick to state that I didn’t have the experience needed – even though I did, then proceeded directly onto a hard sales pitch for a £300 programme whereby the firm arranges work experience placements for you. I doubt the original job advert was even real, but I have no proof of this. The call was entirely scripted and it felt like it was just a way of harvesting data for cold calling purposes.

As if paying £12,000 for the GDL and now £16,000 for the LPC isn’t enough, now companies are trying to squeeze even more money out of graduates. No doubt companies promise the law firms free labour as the graduates themselves are paying for the work experience, when really it should be the other way around. Hopefully the SRA will crack down on it soon.

Kawa Guimaraes & Associates are based in Millwall, don’t give them any more credit than they deserve!

Good article though, exploitative work practices need to stop at all levels of the profession.

Stop talking ill about us or we will sue. Then its bye bye Legal Cheeck.

SRA needs to do more about this. Surely shows a lack of integrity. Disgusting.

Agreed, if firms genuinely want volunteers, then they should co-ordinate with local universities so that there is a control measure in place.

Equally, if students are going to not get paid for three months work, they should probably make it worthwhile by working with a law centre or charity, rather than being exploited to line the pockets of the partners.

I wouldn’t trust a law firm that has so many pictures of London on its website despite being based in Birmingham.

What’s working at Smart Solicitors like? If I get a TC there, will it be then easy to move over to Kirkland & Ellis as an NQ? I’m so interested in debt capital markets.

What? Is this serious

I think it would be a perfect stepping stone….

If you like your future prospects being stepped on and crushed under a stone.

Top bantz, best wind-up I saw in a while.

This is a very good option for BPTC graduates this year given the extraordinary pass rates.

A serious question has to be asked if unpaid “internships” are legal if the person is doing work that would otherwise be filled by a paid employee rather than the effectively “superfluous” work vac schemers end up doing. I’m no labour lawyer but surely a person who does meaningful work for a company is entitled to be paid the national minimum wage?

Probably not is the answer. If there is any obligation to do ‘work’ as opposed to training and observation then – no.

An organisation ‘Intern Aware’ has all the information anybody would need. The trick is to sign up, do the work, leave and then ask for the NMW for all the work done. Get a bit of legal experience conducting your own tribunal case.

This happens all the time with sols offering 1 or 3 month ‘internships’ promising paid jobs or TCs later.

Thing is there are so many people wanting to join that there’s an infinite supply of law graduates needing work experience – so they will put up with it. Either that or it just pricing out poor and minority graduates who can’t afford to have unpaid internships.

Not even minorities. There are few people who can afford to do unpaid work in general. It’s a disgusting practice and graduates should not do it, it means that there are fewer paid roles

Bunch of pr*cks the lot of them.

If it’s work experience, fair enough, but if it’s work,
Then it should be paid.

This has been standard in criminal firms for years. Pretty crappy tactic, but very common sadly.

Only really crap ones. Not something my firm would do as a pure commercial decision. Repeat business is vital as it’s where you make your profits. The last thing you need is someone with no experience trying to run a file, not know what there doing and generally piss off the client. Its just not worth the hassle and lost business to save the costs of employing someone who does know what they are doing. If you come to us for work experience, then it’s a week. We’ll pay your travel and buy you lunch. You follow one of us around to Courts and Cons and see what it’s like. You don’t do any work on files as you don’t know what you’re doing. You just get to watch.

Agree its is exploitative. But that isn’t the reason they should be referred to the SRA. It’s that they are giving completely crap client care.

Their testimonials are brilliant though

Actually the source of the problem is the SRA which requires a completing a TC before you can qualify. This is an archaic method and should be replaced by sitting and exam as in the USA

The sad thing is that many students, myself included, are so desperate for a means to get into the field that we would consider this an “opportunity” worth applying for.