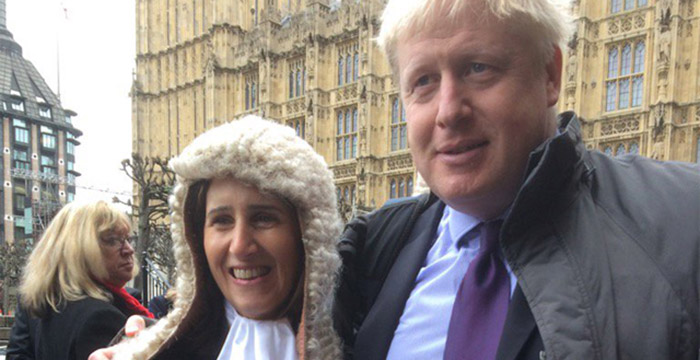 Marina Wheeler QC and her MP husband Boris Johnson are to divorce, according to a joint statement issued by the couple this morning. Confirmation of the split comes just hours after reports claimed the One Crown Office Row silk and her husband were living apart and no longer socialise as a couple.

“Several months ago, after 25 years of marriage, we decided it was in our best interests to separate. We have subsequently agreed to divorce and that process is under way. As friends we will continue to support our four children in the years ahead. We will not be commenting further.”

Overnight, The Sun claimed that the couple had broken up after the public law specialist “accused him of cheating”. This isn’t the first time the full-figured ex-foreign secretary has been hit with claims of infidelity. According to the report, blonde bombshell Boris allegedly had affairs with author Petronella Wyatt and art consultant Helen Macintyre.

In 2016 and during the couple’s happier times, Legal Cheek reported that Johnson had accompanied Wheeler to her silk ceremony at Westminster Hall. Prior to joining the bar in 1987, the high-flying barrister completed a masters in EU law from Brussels University and a law undergraduate degree at Cambridge University.