Boost for controversial transport firm in latest round of regulatory war 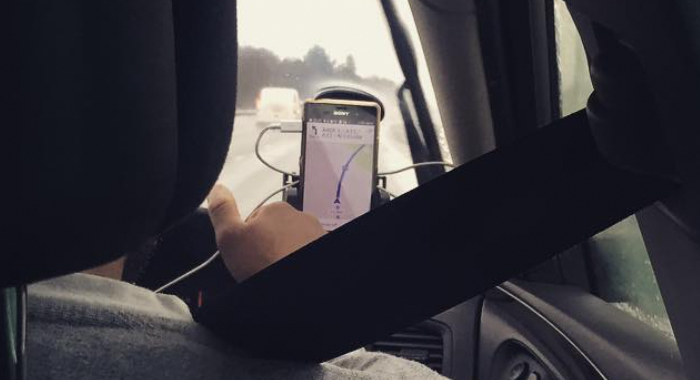 Uber has won a High Court tussle over whether its drivers are operating in breach of Victorian-era taxi legislation.

Two senior judges found that Uber drivers using the firm’s ubiquitous app are not “plying for hire” within the meaning of the Town Police Clauses Act 1847. The decision means that Uber drivers cannot be prosecuted for operating without a black cab licence.

The case involved an Uber driver nabbed by inspectors in Reading and accused of plying for hire without a licence. According to section 45 of the 1847 act, passed early in the reign of Queen Victoria:

“If the proprietor or part proprietor of any carriage, or any person so concerned as aforesaid, permits the same to be used as a hackney carriage plying for hire… every such person so offending shall for every such offence be liable to a penalty.”

The authorities argued that “the exhibition of the vehicle’s location on the Uber App was the equivalent to displaying a ‘for hire’ sign on the vehicle”. The driver was represented by licensing specialists Woods Whur and Philip Kolvin QC, who have acted for Uber in the past. They argued that the car was a private hire vehicle (minicab) rather than a hackney carriage (black cab), and was therefore operating legally using Uber’s private hire licence.

The High Court, relying on cases such as Sales v Lake (1922) and Cogley v Sherwood (1959), found in Uber’s favour. Lord Justice Flaux said that the Uber app is no different to calling a minicab:

“If I ring a minicab firm and ask for a car to come to my house within five minutes and the operator says “I’ve got five cars round the corner from you. One of them will be with you in five minutes,” there is nothing in that transaction which amounts to plying for hire. As a matter of principle, I do not consider that the position should be different because the use of internet technology avoids the need for the phone call.”

The judge compared Uber to the 1920s “charabanc” minibus in Sales v Lake, saying that the principle was the same: “the customer would make a booking to be picked up at a pre-arranged point”. Flaux also went back to the 1950s to make his point:

“Putting the example given by Lord Parker CJ in Cogley v Sherwood of what would not be plying for hire into the context of the Uber App, if approached in the street, the respondent would have been saying: ‘You cannot have my vehicle, but if you register for the Uber App and make a booking on it, you will be able to get a vehicle, not necessarily mine.'”

Gerald Gouriet QC, a licensing law expert, said that the case “does not seem to me to have fully addressed what I had hoped would be clarified once and for all by this appeal: can there be a soliciting for custom by electronic means, i.e. passing between the apps of the driver and the passenger?; or does ‘plying for hire’ require a line-of-sight invitation to “passing members of the public”? I would answer the first of my questions ‘yes’, and the second question ‘no’ — but on the face of it, the High Court would seem to be against me”.

Uber has been embroiled in legal battles over its business model in recent years. It often argues that is not fundamentally a taxi company and so should not be subject to the same regulations.

In September 2017, Transport for London (TfL) stripped the company of its licence over safety concerns. Uber lashed out at TfL and London mayor Sadiq Khan in an all-customer email, boasting that “we will be immediately challenging this decision in court”, but later backed down and did as it was told by the regulator.

The firm also been around the employment law block, with the Court of Appeal recently dismissing its claim that Uber drivers are not workers entitled to holiday pay and minimum age.

Sign up to the Legal Cheek Newsletter
High Court Uber