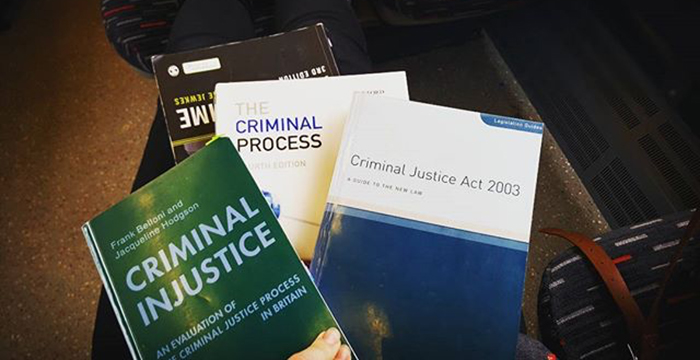 A law student reported her rapist to police after lectures she attended on criminal law triggered painful memories of the ordeal, a court has heard.

Jay Graham, 25, from Kelso, Scotland, was arrested by police in December after his victim, who cannot be named for legal reasons, confided in her parents about what he had done. The High Court in Edinburgh was told her studies had prompted her to do so.

The unnamed woman was preyed upon by Graham at various locations in the Scottish Borders between July 2006 and July 2011, BBC News reports. She was aged just eight years old when Graham started attacking her.

Prosecutor Angela Gray told the court: “The complainer attained a place at university to study law. Some of the classes that she was enrolled in — about evidence and sexual assault — brought back the memories of what happened to her as a child.”

The victim’s parents subsequently noticed a change in her behaviour and she eventually told them what had happened in November last year.

“The accused was interviewed by the police and accepted the complainer’s account of what had happened,” continued Gray. “The accused’s position was that at the time of the incidents, he was not aware that his actions would be classed as rape.”

The court heard that Graham had been diagnosed with type one diabetes and Attention Deficit Hyperactivity Disorder (ADHD).

He admitted two charges of rape and a charge of sexual assault. Judge Lord Armstrong deferred sentence to obtain reports on Graham’s background and character. He will be sentenced next month.

Sign up to the Legal Cheek Newsletter
Criminal law Students