The judiciary: where judges’ daughters, not just their sons, can make it to the top 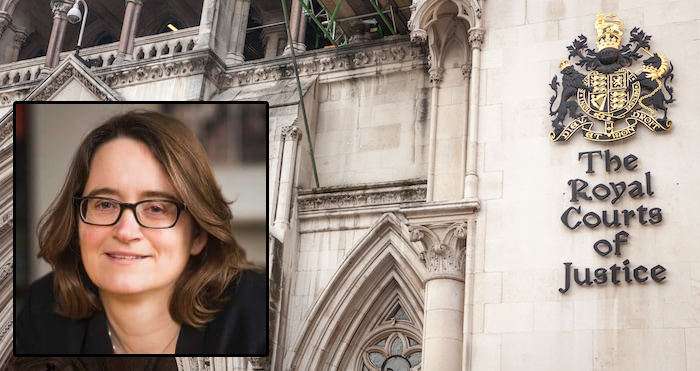 The Judicial Office has used a High Court judge whose father was a Law Lord as one of the faces of a judicial diversity campaign.

Mrs Justice Steyn appears in social media videos answering questions about how she got into law and whether she faced obstacles in her career.

But while Steyn — one of relatively few women in the senior judiciary — may well have faced obstacles in her career, she comes from a rather privileged background in one sense: being the child of a judge. Her father, the late Lord Steyn, was a Law Lord (the old name for a Supreme Court justice) from 1995 to 2005.

Steyn appears on the official Judicial Office Instagram account in a video tagged #inclusion and #womeninlaw. The short clip, posted last week, features Steyn’s answer to the question “Did you have to overcome any obstacles to be a barrister or a judge?”. Steyn replies:

“Before I started my career I certainly had a perception of barristers as all fitting a particular mould — one that I knew I did not fit — and it took a little while for me to appreciate that there is no mould, I didn’t have to fit any existing mould or break one. In reality individual practices are incredibly diverse and suit people with so many different qualities and attributes”.

In a longer clip from the interview posted on Facebook, Steyn talks about how her interest in law was piqued by it requiring similar skills to history, which she studied at uni. Lord Steyn does get a mention there, although not by name or title: Steyn recalls that when she considered staying on in academia, “I had a chat with my father about it [and] he very gently suggested that it was about time I got a job”.

Steyn is, obviously, her own person and highly qualified — and not hiding anything about her background. In a previous interview with Counsel magazine about what had inspired her to become a barrister, the then-QC said “I think it would be hard not to be inspired by my father”.

Lord Steyn, originally from South Africa, was an eminent Law Lord with a reputation as a liberal. He passed away in 2017.

Mrs Justice Steyn was born in South Africa but grew up in Kent, attending “local state schools”. She studied history at the University of Liverpool and the Graduate Diploma in Law at City University. A public law and human rights specialist at 11KBW, she took silk in 2014 and was appointed to the High Court in 2019. Of the 17 High Court appointments announced last year, Steyn was the only one not to have attended Oxford or Cambridge.

A spokesperson for the Judicial Office told Legal Cheek:

“We try to feature judges from a wide range of backgrounds, regardless of who their parents might have been. She speaks in the interview about her experience as a woman at the bar and when she was appointed to the High Court she was notable for being the only non-Oxbridge graduate in that round of appointments.”