To open amid top chambers next year, with kiddies lunching in historic hall 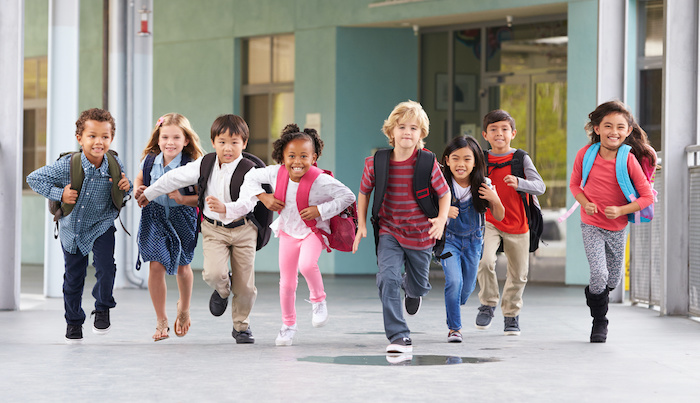 Barristers in Gray’s Inn are preparing to welcome the latest set of tenants: 300 primary school children.

The Inn, which rents office space to some of London’s fanciest barristers’ chambers, has announced that a junior school is to open in the old City Law School building (pictured below) next year.

The kids will eat in the historic dining hall — although not at the same time as the grown-ups — while an area understood to be at the Theobald’s Road end of the grounds has been set aside as a playground.

That’s a potential headache for chambers backing on to the gardens, which include the likes of Matrix, Monckton and Three Raymond Buildings. The school building itself is opposite The 36 Group and Field Court Chambers.

A source tells us the move has apparently caused “huge controversy” over the prospect of screaming kids interrupting video hearings, and that some barristers in neighbouring buildings oppose the plans.

Sadly no chambers contacted by Legal Cheek could be persuaded to go on the record with their dislike of schoolchildren.

Perhaps that’s because those with kids will actively welcome the prospect of a school on their doorstep. Barristers are among the select few likely to afford the fees of £6,888 per term.

In addition to wealthy parents, would-be pupils will need to pass two rounds of exams taken in Year 2.

An FAQs brochure also promises parents that “refurbishment work will be undertaken during the 2021/22 academic year, and we are currently working with architects to design an exciting educational space that is safe, comfortable and inspiring for children”.

“The Honourable Society of Gray’s Inn are delighted that the City Junior School are going to be established at the Inn from September 2022. They will occupy a building that has supported the delivery of education since 1963 and we are delighted that its educational role will continue.”

The Inn says that keeping the building in use for educational purposes avoids the need for major redevelopment given the planning classification of the site. It did not respond to a request for further details of its outreach to chambers about the project.

You can watch the school’s promotional video below: