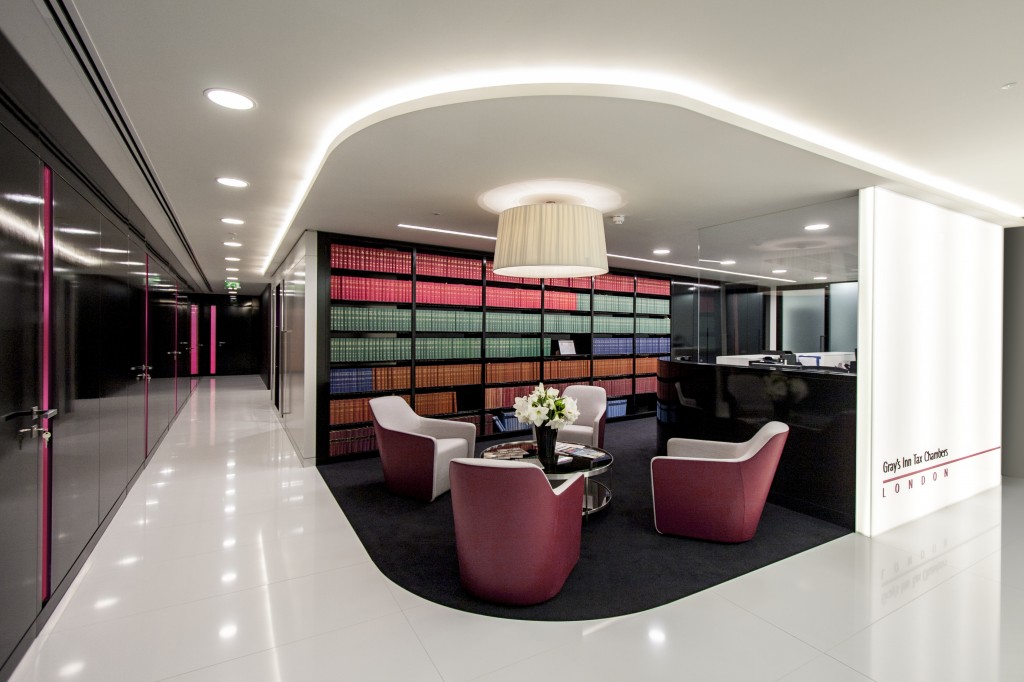 When it comes to tax, Gray’s Inn Tax Chambers (GITC) is one of the top sets to turn to. Established in 1965, the small specialist set is made up of only 12 members, and is often viewed as outsmarting magic circle sets when it comes to tax law.

The 12 members at GITC act for both British taxpayers and HMRC in advisory and litigious capacities. Their expertise also extends to cross-border and international issues. While tax may not jump out to law students as the most exciting area of law, one junior tells us that it is in fact “endlessly fascinating”. Indeed, we are told that working in tax law is “like being paid to do crosswords and sudoku for a living”.

Given the reputation of the tenants at the set, the work that comes their way is often of very high value. As one member explains: “Having the best people brings in the best work.” Recent cases worked on by members at GITC include a massive group litigation in the High Court and the Court of Appeal on behalf of businesses and public authorities against Royal Mail for allegedly overcharging VAT for decades, and acting both for and against HMRC in a recent case concerning whether fundamental features of the UK corporation tax regime were compatible with EU law and the post-Brexit position.

For those who might be intimidated by a lack of tax-specific knowledge, juniors at the set are keen to emphasise that you do not need to come in with any particular knowledge of the area, rather an idea of why you think tax law might be for you. The training at Gray’s Inn Tax Chambers, especially in relation to providing that tax specific knowledge, is highly-ranked by its juniors. One recent tenant describes: “I came into pupillage knowing nothing about tax law. I emerged knowing a fair amount and where to look for most of the rest.” Another told us that the set “has some of the pre-eminent silks of their generation; it is a privilege to learn from them”.

There is also a supportive atmosphere within the set. We are told that “the senior leaders in Chambers are very supportive both professionally and personally”. The comparatively small world of tax law means it is highly likely your colleagues will have worked on cases that you may be relying on!

Views on social life at the set are somewhat mixed. We are generally told that “everyone is very friendly and up for a drink when required”, though there are less big social events compared to other chambers. One junior comments that “there is no pressure to socialise” and instead “friendships within Chambers are left to form naturally”.

In terms of the location of GITC, the set is one of the few chambers not located within the Inns of Court. While this may result in some of the collegiate feel being lost, it does mean the set has a “modern building in the heart of the city”. On the inside, we are told that it is “very fancy”. Each member has their own large office within the building. The technology and IT support are well-rated, while the cloud software allows members to work from anywhere.

Gray’s Inn Tax Chambers offers between 1-2 pupillages a year. Candidates are assessed on the following criteria: academic and intellectual ability; advocacy and communication skills; an interest in and understanding of the type of work done by Chambers; an ability to work with other members of Chambers, instructing solicitors, accountants, and clients; and determination and resilience. GITC state that a first class degree is usually required. Both law and non-law degrees are considered equally.

Applications are not made through the Pupillage Gateway, but instead are directly to Chambers. Candidates will have to go through up to three interviews, the second of which will include a written assessment.

Successful applicants will complete a 12-month non-practicing pupillage. This means that, unusually, they will not take on any cases during their second six. The reason behind this is that it gives pupils a chance to get to grips with tax law, something which they are unlikely to have previously studied. GITC states that much of pupillage will be spent in Chambers, reading papers, gaining an understanding of issues, and sitting in on conferences.

The pupillage award is an impressive £100,000, making it the highest at the Bar. It should be noted however, that, unlike at many leading commercial sets, there are no second six earnings on top of this. Regardless, the large award is certainly an attractive prospect to any aspiring tax barrister.

What The Junior Barristers Say

Your journey to pupillage

I completed my first degree (economics) in the United States, a master’s and doctorate (legal history) at Oxford, and finally the law conversion course and BPTC in London. During my conversion course and BPTC studies, I undertook mini-pupillages with most of the leading commercial and commercial chancery sets and also won a mooting competition. I completed pupillage at a commercial set, after which I joined the tax department at Slaughter and May as a newly-qualified associate. I spent three years there, learning lots about tax but missing courtroom advocacy – it was my desire to do that which ultimately drew me back to the Bar and to GITC. That said, it’s important to add that no knowledge of tax is in the slightest bit necessary to get pupillage with us and most pupils are new to it.

Because I came to chambers from Slaughter and May, I don’t have personal experience of pupillage at GITC, but I asked another junior member of chambers who said he very much enjoyed pupillage with us and found it excellent training in both legal and practical matters. That training is particularly important because most law students do not study any tax law and chambers has no expectation that you will. Pupils regularly accompany their supervisors to court, from the First-tier Tax Tribunal right up to the Supreme Court and everywhere in between. There is typically lots of practice in opinion writing, drafting, and preparing skeletons, but the view of those who have done pupillage with us recently is that they felt prepared to start tenancy by the end of it – although, of course, there is always more to learn.

The transition from pupil to tenant

I joined chambers as a tenant, but I found my colleagues and the clerks room really supportive from day one. Our senior clerk, in particular, was wonderful in helping me to establish and build my practice in the early days, through regular catch-ups and by arranging numerous introductory meetings with barristers and clerks from other chambers who sometimes need tax input. There is a lot of litigation and advisory work out there that needs junior tax barristers!

Tax work often involves significant sums and as a chambers we encourage juniors to shoulder as much responsibility as they feel comfortable with. This means that our juniors’ practices develop very quickly, with juniors doing a significant amount of unled work, often in reported cases. For instance, one member of chambers took silk after 9 years. All juniors are busy and successful and we all enjoy what we do.

I’d describe my practice as a happy mix of litigation (both led and unled) and advisory work in all areas of UK tax. I love the quality of the work, the variety, the freedom to set my own hours, and the opportunities to build long-lasting relationships with my clients.

What is the culture of chambers?

We’re a friendly bunch and, whilst there’s lots of freedom to work remotely, we enjoy chatting with one another as we pass in the corridors or the kitchens. It’s also extremely useful to be able to ask a senior member a quick question about a difficult statutory provision (they have usually done a case on it!) or procedural point. We have planned social gatherings (sometimes with clients) a few times a year. The clerks and staff are always accessible and willing to the extra mile if a member of chambers needs support.

For anyone looking to get pupillage at GITC, I’d say top academic credentials and a demonstrable interest in tax law are a must. Regarding the latter though, no-one expects you to know much about tax at the start – just be able to give sensible reasons for why you’d like to specialise in it. Doing a mini-pupillage with us is definitely the best way to show you are keen, and no legal or tax knowledge is necessary to apply for one of those. Pupillage interviews will typically involve problem questions on interpreting legislation (which you won’t have come across before). Being able to think sensibly about legislative purpose, logical connections, and potential consequences will stand you in good stead.

Insider Scorecard grades range from A* to C and are derived from the Legal Cheek Junior Barrister Survey 2022-3 completed by barristers at the set.

*Figure is for the five most junior members of chambers; does not include postgraduate studies.