Ahead of Reed Smith’s training contract application deadline, we speak to one of the firm’s current trainees, Dominic Bullen, as he reflects on his experience working for non-profits Liberty and Reprieve on secondment 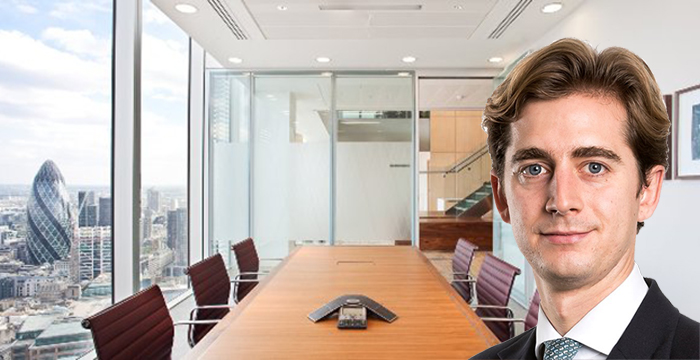 You’d be forgiven for thinking big City commercial work doesn’t really mix with public law and human rights work. Enter Dominic Bullen: he recently traded the dizzying heights of Reed Smith’s Broadgate Tower office in the City to complete a six-month pro bono secondment at Liberty and Reprieve. “It was nice to escape the skyscraper for a bit and explore what else was out there,” he says.

Reed Smith rookies are spoilt for choice when it comes to secondments. This year’s Legal Cheek Trainee and Junior Lawyer survey revealed that over a quarter spent time abroad and half completed a placement with a client. Fresh from his experience, Bullen speaks highly of his venture: “It’s been a fantastic experience,” says Bullen, who is currently in his fourth seat.

Bullen studied A levels in French, Classics and English Literature before heading up north to the University of Leeds where he read French and Classical Literature. He spent a year abroad during his degree where he taught sixth-form equivalents at a Lycée, a secondary school, in France. Back on home soil, he hosted two popular radio shows for Leeds Student Radio. “One of the shows became the most downloaded in the station’s history — it was even nominated for an award at The Indigo at The O2!” Why then did he switch to law? He says:

“I liked the idea of being an adviser to people and being relied upon to find solutions to tricky legal issues. More generally, I wanted a career that was equally challenging as well as stimulating.”

After successfully completing the Graduate Diploma in Law (GDL) and Legal Practice Course (LPC) at BPP and some paralegal experience, Bullen made his way to Reed Smith, which is where his interest in pro bono crystallised. “There was a fair bit of pro bono work coming through in Employment [Bullen’s second seat], so I got some great exposure there,” he says.

Find out more about training at Reed Smith

And when the opportunity arose to work for two high-profile non-profits, both based in London, it seemed like the only natural fit for aspiring litigator Bullen. “The pro bono secondment was a clear front-runner for me,” he explains, “Reed Smith is the only law firm to offer a split between these two NGOs and I simply knew I had to apply because I might not ever get the chance to do something as unique as this again.”

It’s no secret that international secondments are highly-coveted among trainees, but it made sense to Bullen to pursue a secondment in line with his future plans. He first applied for the secondment when making his second seat choices, but unfortunately missed out. Luckily, he got the green light the second time round and so completed it in his third seat.

While working for British civil liberties and human rights campaign group Liberty, Bullen supported the caseload of a senior lawyer whose specialisms included actions against the police and discrimination law. And with only three lawyers in the office, Bullen says there was great scope for hands-on work. He took on test litigation with his supervisor to explore untried areas of law to set precedents. “One case we were working on, on the retention of cautions and convictions in an employment context, had gone right up to the Supreme Court so that was pretty meaningful,” he shares.

Bullen also had the opportunity to work in the Death Penalty team at Reprieve, the non-profit that undertakes “fascinating” work such as the Stop Lethal Injection Project (SLIP). In addition, he got the chance to “fact find” and meet family members of people incarcerated in various prisons overseas. He says:

“I was welcomed into their world — into their private family homes — to talk about some extremely sensitive topics. My interview notes were then used to draft a plan of action for when the team met with those imprisoned abroad. I had a high level of input and was genuinely relied upon — I really felt like part of the team. To be able to support these people was incredibly gratifying and an experience I will never forget.”

The culture at both Liberty and Reprieve was very friendly. “I felt really welcomed. They go out of their way to make you feel part of the organisation and are extremely grateful to have you and value the support you can provide — even if it is for a short period of time,” says Bullen, who still keeps in touch with his former colleagues.

Not only was the experience interesting, by the time his six months were up Bullen felt he had developed skills that would prove valuable in his legal career, including drafting and client communication. “You’re interacting with clients on a regular basis. I learnt how to approach a client or witness and strike the right tone. I wrote plenty of correspondence to clients, opposing parties and to the court. I took witness statements too,” he says.

It was also a great opportunity for Bullen to work alongside former magic circle lawyers and top barristers who had given up their high-flying City careers for the NGO sphere. He was pleasantly surprised to find himself working closely with Doughty Street Chambers barrister Martha Spurrier, who made director of Liberty at the age of 30. “Working alongside these talented individuals and seeing them in action was a real privilege,” he says.

Though it was awfully inspiring to see others make the leap from private practice to the realm of public law, Bullen hopes to continue his journey at Reed Smith for some time — but says he definitely wouldn’t rule out an opportunity to get involved in non-profits again.