One of the main problems faced by law students as they attempt to land training contracts and pupillages is having to make important career decisions so early.

For Solicitors Regulation Authority (SRA) chief Charles Plant — who used to be a partner at Herbert Smith Freehills — the situation is absurd, as he made clear on Friday at a legal education conference where he asked: “Why do we have this extraordinary procedure where young people at the end of the second year of university have to decide whether to go to commercial law firms?”

For now, though, with law firms’ graduate recruitment timetables very well-established and the recently-concluded Legal Education and Training Review (LETR) not proposing to change them, the situation looks likely to continue.

How, then, can wannabe lawyers make the right decisions and present a convincing case as to what type of lawyer they hope to be, while at the same time acknowledging that it’s very hard to really know without actually having practised law? We gathered together a host of top up-and-coming solicitors and barristers, plus one veteran partner, at Norton Rose Fulbright’s gleaming City of London offices and asked them for their advice… 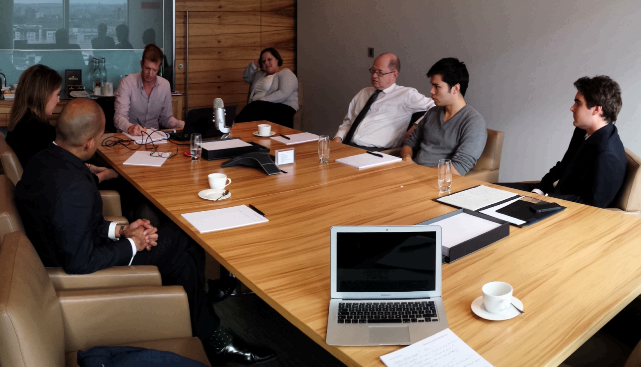 Step one for wannabe lawyers, suggests Inner Temple barristers Sushil Kumar and Martyn Naylor, is to figure out if they have a strong urge to join the Bar — a route which, for most people, means embarking on law school with no guarantee of a job at the end of it, while shunning potentially lucrative training contract offers. That means, says 4 Pump Court’s Naylor, “forcing yourself” to try mooting and other forms of public speaking, and being honest with yourself about how good you are at it and how much enjoyment it brings you. 25 Bedford Row’s Kumar, meanwhile, recommends doing as much work experience as possible and deciding if you can see a “reflection of yourself” in the barrister you spend time with.

If you’re unsure, the better bet, reckons Legal Cheek editor Alex Aldridge, is to apply for training contracts at firms with strong litigation departments. If you end up yearning for a career at the Bar, you can always join a chambers later in your career, or become a solicitor advocate.

Not that everyone is drawn to litigation. Norton Rose Fulbright corporate associate Nari Armaly always wanted to be a transactional lawyer, and after trying out other seats during her training contract and a broad range of different subjects at university, has found her childhood instincts to be spot on. She recommends trusting your intuition and following the practice areas that provide a “buzz”.

“Good decisions are often made on intuition,” she says, adding that it’s useful to try out things that you’re not drawn to, as well as those you fancy, in order to reinforce those “gut feelings”.

But what about those who could see themselves equally becoming litigators or transactional lawyers? That’s not a problem if you have a strong idea of the broad area of law you want to practise, says Oxford University theology student Tyrone Steele, who has recently secured a training contract with Clifford Chance after a vac scheme at the firm secured through Rare. “They just wanted to see a general interest in commercial law, which I had, having done a vac scheme with them in their securitisation and projects teams”, he says. In respect of leanings towards litigation or transactional law, Steele says that, if anything, he found that his interviewers “expected you to have an open mind”.

University of Law business development director Colin Davey, who was previously a partner in Nabarro’s real estate team, echoes that sentiment. He suggests that in an era of greater alternative dispute resolution and mediation the divide between litigation and transactional law is less extreme than in the past, and argues that it can be more important to select an aspect of commercial law — such as tax, real estate or private client work — and then “determine where you go from there”.

Ultimately, though, Davey adds, much depends on the state of the economy when trainees qualify. Downturns — which are associated with higher levels of litigation — tend to offer more opportunities for dispute resolution lawyers. Economic booms, meanwhile, have typically led to a spike in opportunities for transactional lawyers.

With Steele not starting his training contract until 2016, and not due to complete it until 2018, what may be most important of all is flexibility and an ability to keep an open mind.

Listen to their discussion in the podcast below.