As you’d expect, the inquiries Professor Richard Susskind encourages legal hopefuls to make in the ‘Questions to Ask Employers’ chapter of his new book, Tomorrow’s Lawyers, are deeply prescient.

They include: “Do you have a long term strategy?”, “Are you comforted by other firms’ lack of progress?”, “What are your preferred approaches to alternative sourcing?” and “Do you have an R&D capability?” Nowhere, though, is there advice on how a student can sound convincing while asking these things during an interview… 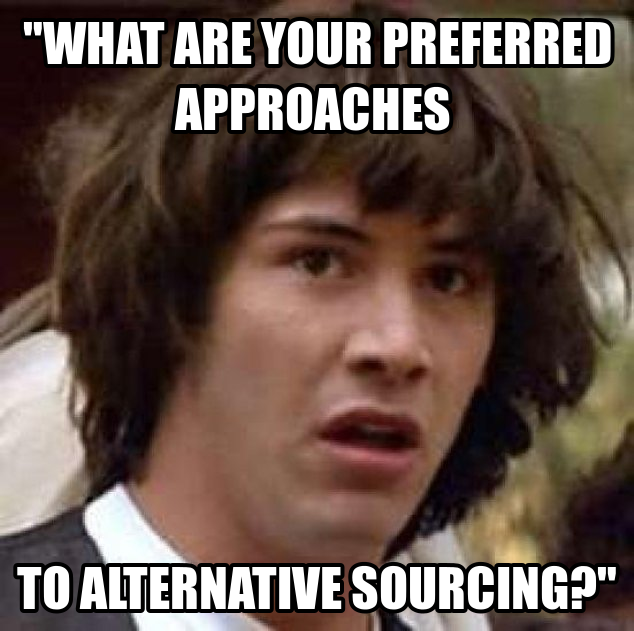 Of course, in the wake of Cobbetts’ demise and the parlous financial state of a bunch of other big law firms, Susskind is right to urge lawyer hopefuls to look carefully at the state of the outfits they are considering joining. But the reality is that in this job market only those armed with an Oxbridge first can afford to be picky. And pissing off potential employers with smug-sounding questions is probably not going to help you get a foot in the door.

While not always great at dishing out practical advice, Susskind has got a very interesting take on the bigger picture. Back in his day, explains the fifty one year-old, people went into law not expecting to earn massive amounts and ended up making fortunes as the profession entered a 20 year boom. But for the last decade, he continues, they’ve been going into law for the money – and will end up earning far less than they hope.

Alright, this broad narrative of legal market decline is hardly new. But I’ve never heard it expressed in terms of avarice before – or considered the implication in the above example that the legal profession has been weakened by people attracted to it for the wrong reasons. It’s in linking human motivations to wider forces driving change that Susskind is at his best.

Susskind details these forces as he romps through the well-worn tale of developments in culture and technology that are putting pressure on the mystique-reliant old law firm business model. As he does this, he zooms in on areas important to this narrative – like whether the market will continue to let lawyers bill for their time in an anti-competitive hourly rate way, and how educational barriers to entry for wannabe lawyers may erode.

Each time, Susskind comes down hard on the revolutionary side of the fence – fudging the odd critical detail as he goes. For example, what exactly is this new alternative to hourly billing that will fundamentally alter the dynamic between lawyers and their clients? But, hey, this is the future here. And predicting it requires a few leaps of faith.

As Tomorrow’s Lawyers enters its closing chapters, the book strays increasingly from its business book starting point into the genre of sci-fi. In a final dystopian crescendo we discover that 2035 – the date on which Susskind targets his predictions – is a world with few barristers or solicitors; these once common specimens are now a precious elite.

In what seems to be a last-gasp bid to tack on a happy-ending, Susskind insists that these jobs will “provide a rich and exciting new set of career opportunities for those who aspire to work in law”. But although I happily swallowed everything the legal profession’s favourite futurologist said up to this point, this final prediction feels like one leap of faith too far.