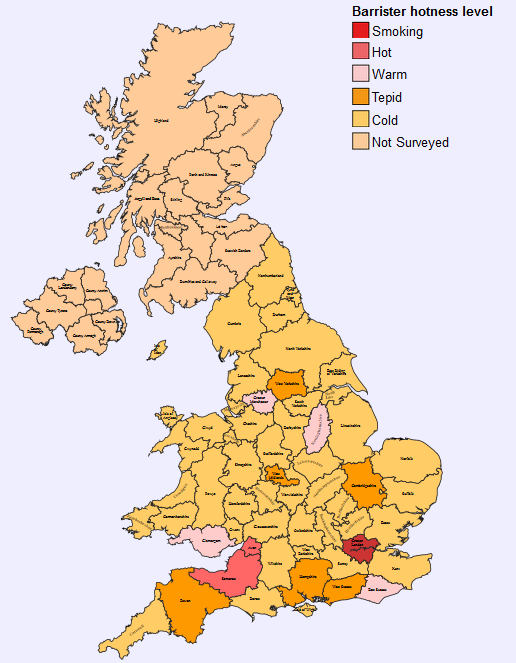 According to the findings, there are disproportionate numbers of hot barristers in the south of England, with London, Bristol and Brighton the major hotness hubs.

By contrast, the north east is a hotness blackspot, with Newcastle, Sunderland and Middlesbrough not containing a single officially-recognised “barrister hottie” between them.

There are, however, clusters of hot barristers sprinkled across the north of England, the Midlands and Wales, with Manchester, Nottingham and Cardiff key hotness centres.