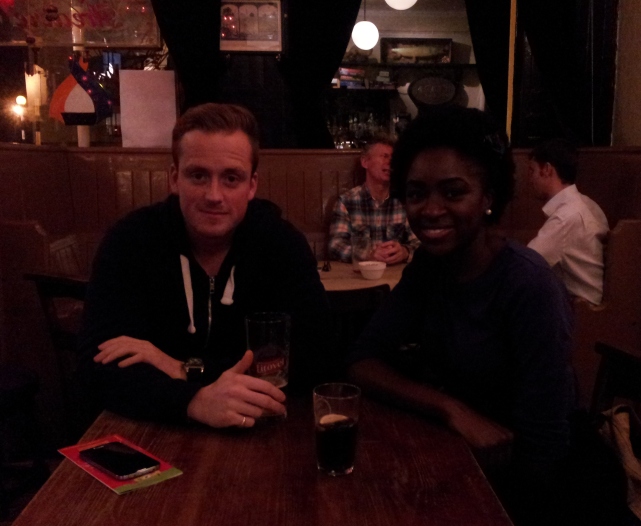 The duo (pictured above) have very different takes on the new scheme, which will see the Inns subsidise 50% of the cost of some pupillage awards at publicly funded chambers in a bid to boost the number of Bar graduates becoming practising barristers.

Connelly, 26, who has spent the last year working as a freelance county count advocate before turning his hand to journalism, isn’t convinced. Even though a very slight rise (by 0.1%) in tenancies between 2006-2011 may enable a few extra pupils to be absorbed into the ranks of the Bar, he reckons that a new BPTC graduate backlog could soon form at the tenancy stage if the Inns’ intervention in the pupillage problem is successful.

“It seems to be simply pushing the problem further down the line and failing to address the real issue [of an over-supply of barristers],” he says, adding that he isn’t tempted by the scheme to make applications to publicly-funded sets in the next Pupillage Gateway round.

Kudom, 24, who did the BPTC over two years while working part-time at the Royal College of Surgeons, acknowledges Connelly’s concerns but reckons that anything which can increase the number of BPTC graduates gaining pupillage is a good thing. Whatever happens at the tenancy stage, they will find themselves better off having practised at the Bar, she says, continuing: “I’m very excited at the prospect of there being more opportunties…and for me the main issue is getting pupillage. That’s what most Bar students are thinking about at this stage.”

Having decided to pursue a career in clinical negligence law after becoming concerned about the future of the criminal Bar over the last year, Kudom adds that the scheme may tempt her to apply for pupillages in legal aid-funded areas in the next round of applications.

Not all criminal barristers would recommend this. Writing on the subject in the Legal Cheek comments recently, 2 Dr Johnson’s Buildings barrister Dan Bunting suggests that “the bigger point [regarding the new Inns subsidy scheme] is whether the reduction in pupillages is a sign that the publicly funded bar (particularly crime) is on its last legs.”

He continues: “For example, Charter Chambers has 54 members. A pupil works out at £2.14 per week per tenant (less actually as it’s tax deductible). It’s not just the immediate cost of a pupil, but the cuts in pupillage come about because there doesn’t seem to be much of a future for barristers in chambers.”

Listen to Connelly and Kudom, who are joined by Legal Cheek editor Alex Aldridge (himself a BPTC veteran), in the podcast below — or on iTunes.