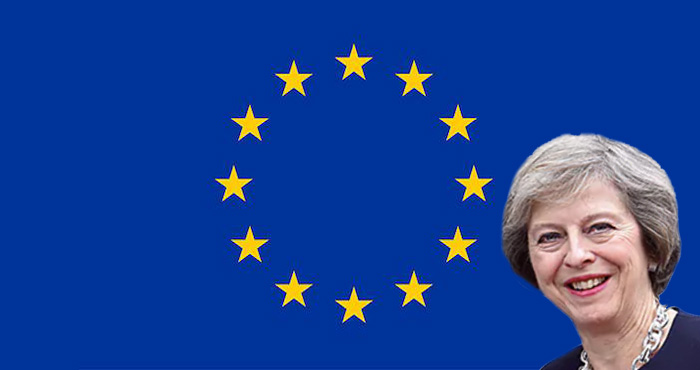 Prime Minister Theresa May has been mocked after she took credit for a new law that was actually spearheaded by the European Union. While accusations of “dishonesty” and “hypocrisy” swirl, Legal Cheek wonders whether new research into the legal status of tweets will come in handy here.

May induced face palms around the country when she tweeted that the Conservatives had sounded the death knell for credit charge surcharges:

From today we're banning hidden charges for paying with your credit or debit card – a move that will help millions of people avoid rip-off fees when spending their hard-earned money. pic.twitter.com/EEk5jxdk7R

This change in law is good news for consumers, and you might think this is the reason the tweet has garnered thousands of retweets, likes and comments. But, in reality, a whack of these come from spectators eager to point out that the new law actually stems not from Tory policy but from the EU Payment Services Directive. Law students will remember EU directives are directly enforceable across all Member States (subject to the Van Gend en Loos test).

People are pretty angry about this. Speaking to Legal Cheek, former Simpson Millar partner turned campaigner Peter Stefanovic described May’s claim as “simply another example of a Prime Minister in desperate need of (any) positive news feed on social media she can get, even if she knows it to be fake news”. He believes that lawyers have a duty, “both morally and professionally”, not only to speak out about injustice but to actively fight it.

And that they have. To give you a flavour of the lawyer-led backlash, Jessica Simor QC, of Matrix Chambers, described the tweet as “propaganda”, while Thom Brooks, the dean of Durham Law School, thinks May’s spurt is an example of “hypocrisy”.

Endless propaganda. We must call it out. The Tories DID NOT DO THIS. It should say:

"We are proud to say that the UK is today implementing the EU ban on companies making charges on debit and credit cards – introduced to further EU consumer /single market protections." https://t.co/f8ZDIBZl8J

Theresa May wants to take credit for new credit card rules — made by the EU. #hypocrisy (via @StevePeers ) pic.twitter.com/cmv2V9dJB4

Others argue that the tweet goes to the heart of our (faltering) relationship with the EU.

Law academics from Cambridge and LSE (namely Kenneth Armstrong and Conor Gearty respectively) think the government’s credit-taking goes some way to explaining why we voted to leave the EU in 2016:

This is why U.K. is leaving the EU. Tories claim credit for what are actually EU rules while blaming EU for their own failings. Our politics makes us unfit to be a Member State and it makes May unfit for office. https://t.co/lzlSUhfjVX

Sorry to tweet this again. But in a nutshell here is why #Brexit happened. UK govt takes sole credit for EU achievements while rubbishing EU at every turn. Decades of this = #brexit https://t.co/p05qSKCUrL

Conservative chairman Brandon Lewis defended the tweet. He told The Andrew Marr Show that the government is part of the EU law-making process, and will “bring that ban through”. When Marr described the hoo-ha as “slightly embarrassing”, Lewis replied:

“No it’s not. We’ve got to spread that message much more widely about the things we are doing.”

We’re not sure this will wash with the enraged legal Twitterati. Criminal lawyer Nicholas Diable thinks there should be repercussions for May’s “clearly dishonest” message, saying: “Should be an offence for a politician to lie like this”.

We’re sure Diable is not alone in thinking politicians should be held to account for the posts they share on Twitter (paging Donald Trump…), but the legal status of tweets really is a grey area. The Jack Monroe/Katie Hopkins dispute demonstrated that posts fired off on Twitter can be the subject of defamation proceedings, but what about politicians and their social media posts?

Thankfully, an article in the Harvard Law Review has some answers, at least in relation to tweets fired off by Trump about transgender people serving in the US military (i.e. that they can’t). While the tweets caused widespread outrage and were bolstered by a later presidential memorandum, the tweets themselves cannot be considered legally binding.

The article gives a number of reasons for this, including that “typical processes of accountable, reasoned decision-making” are inherent in law-making, this in contrast with Twitter’s “character limit and thirst for hot takes”.

Food for thought, particularly as Lewis plans to increase support for the Conservatives among young people by making better use of social media. Expect graphics, videos and gifs — hopefully not those of the credit-taking kind.