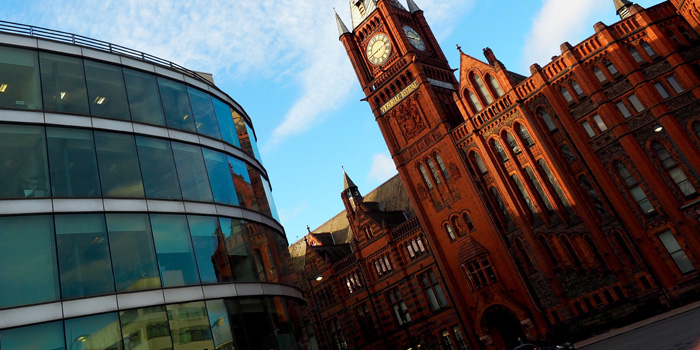 A first-year law student disgruntled by strikes arranged to take place, nationwide, in February and March is petitioning the University of Liverpool for compensation.

Academics are set to strike for 14 days across four weeks in February and March. Ying Tang, who is studying law at the Russell Group university, thinks it’s “fair” Liverpool deducts £1,079 from its students’ tuition fees “for the loss of 14 days of our education”.

Tang’s calls have certainly captured the attention of her fellow students. At the time of writing the petition has attracted close to 5,000 signatures, plus comments including: “paying for an education system without receiving any education”; “I am a 1st year law student and we are all going to miss out not getting lectures or materials to study”; and “rebate needed”.

But Liverpool is far from the only academic institution set to be impacted by the upcoming industrial action. The University and College Union (UCU) lists 61 affected universities, including: Bristol, Cambridge, Durham, Exeter, Glasgow, Kent, Leeds, Manchester, Newcastle, Nottingham and Oxford.

A number of law students have vented their frustration about the widespread walk-out to Legal Cheek. “At the end of the day students are paying for a service and if that service is consistently halted they deserve to claim back the cost of the days lost for their education,” one tells us, adding that a “lack of education can cost a student marks and understanding of their course.” Another student thinks:

“[T]he fact that we are paying for a service that we are not receiving is disgraceful. If you had a rail pass, for example, and the rail services strike, if they had failed to provide an alternative service you would expect a refund due to the extra expenses you would have incurred or lost earnings… Ultimately, we are paying thousands for a service we won’t receive, which is wrong.”

Given these heightened emotions, it’s perhaps unsurprising student-led petitions aren’t exclusive to Liverpool. At King’s College London, for example, an international relations student who thinks it’s “totally unacceptable” that four weeks of lectures are due to be disrupted emailed her principal to request a tuition fee refund. While over at the University of York, a first-year politics student racked up thousands of signatures on a petition demanding compensation for every student who loses contact time.

However, it’s not to say students don’t agree with academics’ decision to strike. The industrial action is born out of proposed changes to academics’ pensions, which the UCU says would leave a typical lecturer close to £10,000 a year worse off in retirement. Tang explains:

“Signing this petition does not mean you are against your lecturers. I created this petition not only because we are losing out on education that we are paying for, but also to alert the university that we, as students, have rights and that our lecturers should be treated better so that they can provide us with what we are entitled to and what we have paid for. I stand behind my lecturers and support them fully.”

Sign up to the Legal Cheek Hub
Students University of Liverpool