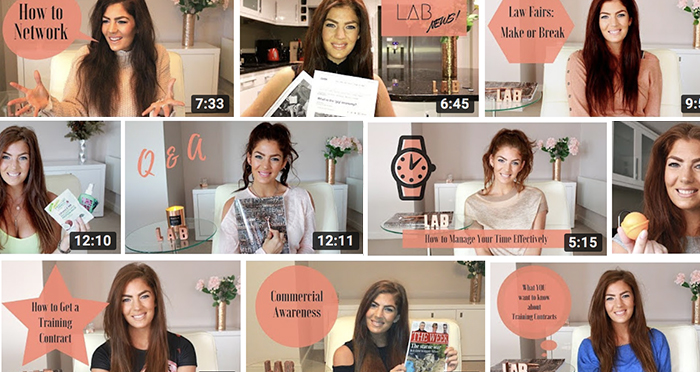 A personal injury solicitor who qualified two years ago is sharing her training contract wisdom through the medium of vlogging.

Chrissie Wolfe is a solicitor at Irwin Mitchell and the woman behind Law and Broader, or LAB, a YouTube channel she says is “aimed at law students or anyone trying to break into the legal profession who is interested in improving their employability”. Wolfe’s clips — filmed in her very rose gold apartment — are each about ten minutes long and cover everything from law fairs to effective time management. She tells Legal Cheek:

“I set up the channel completely independently of my work and I don’t expressly refer to my job or where I work in the videos so that there is no confusion about me expressing my own views. My line manager, who is a partner at the firm, has been extremely supportive and I advised him some time before I actually launched that I was planning it and he was very much behind the idea.”

Advice garnered from watching Wolfe’s videos includes: make sure you know your application inside out before a training contract interview, keep a professional attitude throughout (even in the waiting room), and err on the side of caution when deciding what to wear.

As for networking events, Wolfe encourages planning your questions in advance, researching the people who are going to be there and taking notes.

There are also videos with a more legal affairs slant, such as a case study on Carillion and a clip about the gig economy. There’s also plenty of broader topics covered, such as how Wolfe spends her weekends and her holy grail holiday essentials.

Wolfe says YouTubeing started as a weekend hobby, and she’s “already really pleased with how well the channel has been received”. She’s planning upcoming collaborations with a number of fellow legal professionals, including a barrister, a school friend who trained at the magic circle and a family friend who trained at a large London firm who has since gone in-house.

Wolfe also reveals she’s hoping to team up with Rosie Watterson, a future Herbert Smith Freehills trainee who blogs about training contract advice. “We are both very keen to work together given our shared interests in helping aspiring lawyers,” Wolfe tells us. 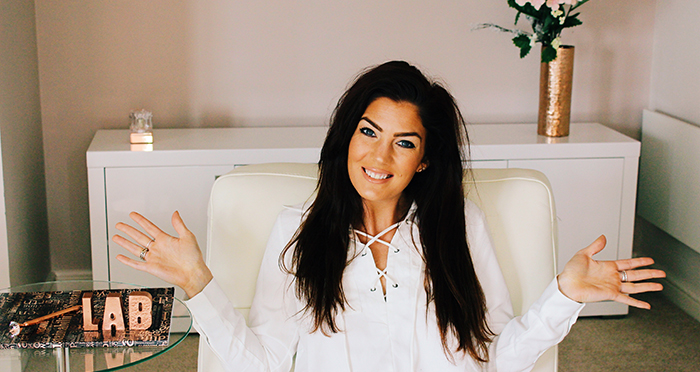 But even if you’re not a training contract-seeker hoping to take Wolfe’s advice, her own journey into law makes an interesting listen.

Home-educated by her mum until GCSE level, Wolfe hit a bump in the road when she didn’t do anywhere near as well as she had expected to at A-level. She studied biological sciences at the University of Birmingham harbouring ambitions to become a vet, before deciding to convert to law. Wolfe, who started her training in 2013 and her YouTube account in 2017, qualified into Irwin Mitchell’s international personal injury department and now specialises in claims arising from cosmetic surgery abroad.

Sign up to the Legal Cheek Hub
Irwin Mitchell Solicitors