She claimed to have helped ten prisoners escape the death penalty 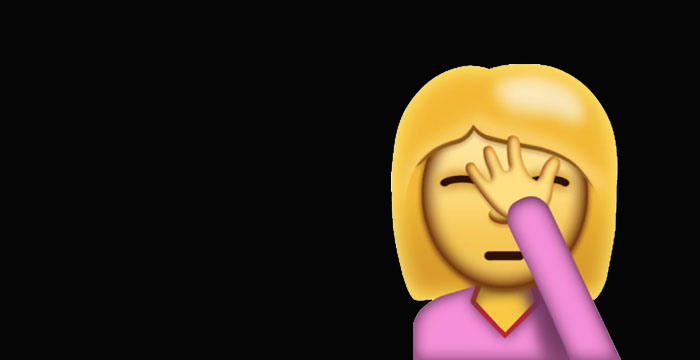 An aspiring barrister who made false claims about her legal qualifications and work experience in an attempt to secure pupillage at a London-based set has been disbarred.

Anisah Ahmed “knowingly or recklessly misled or attempted to mislead” the pupillage committee of Staple Inn Chambers in 2014 when she submitted a CV containing information “which was false”, according to a Bar Tribunals and Adjudication Service (TBAS) decision published earlier today.

Ahmed claimed to hold an LLM in legal practice from Cardiff University as well as a diploma in forensic medicine. In addition, the wannabe barrister’s CV included stints at the Free Representation Unit (FRU) and the Centre for Capital Punishment Studies (CCPS) in Malawi.

Incredibly, Ahmed claimed to have successfully represented eight clients in unfair dismissal cases during her time at the FRU, according to the TBAS decision. Also, she said she’d successfully argued ten cases on behalf of prisoners who subsequently had the death penalty set aside while at the CCPS. The tribunal found these representations to be “untrue”.

Ahmed — who was called to the bar in 2012 — also claimed to have worked for an unnamed law firm. She produced a “forged” reference to the Bar Standard Board’s (BSB) qualification committee, this purporting to be from a “former Assistant Solicitor” at the firm. The reference was produced in an attempt to get a reduction in pupillage length, according to the TBAS decision. The five-person tribunal found this conduct to be “dishonest”.

Commenting on the decision to disbar Ahmed, the BSB’s director of professional conduct, Sara Jagger, said:

“This finding serves as a reminder to barristers that dishonesty is not compatible with membership of the bar. The tribunal’s decision to disbar Ms Ahmed reflects the seriousness of her actions.”

Shut up. When you’re ever a successful one, maybe then you can talk. Actually, even then, don’t.

What did he say?

You’re not allowed to notice, you see.

what a silly thing to have done…..

I don’t agree with what she did but there are structural barriers at the male, white dominated Bar which provide an explanation.

The only explanation is that she was not good enough.

As a female barrister, there is no “but”. I did not want liars and cheats as my colleagues.

Another student from a dodgy uni doing dodgy things. Cla-ssic!

Where does it say in the article which Uni she completed her LLB at? All it says is that she lied about her Masters from Cardiff.

If you have to lie about a Master’s from Cardiff (Cardiff!), your LLB will have been unlikely to make you go places

What is wrong with Cardiff Uni? Decent uni

Unlike the oxbridge educated pedo recently sentenced then 🤔

What have feet got to do with anything?

“Incredibly, Ahmed claimed to have successfully represented eight clients in unfair dismissal cases during her time at the FRU, according to the TBAS decision. Also, she said she’d successfully argued ten cases on behalf of prisoners who subsequently had the death penalty set aside while at the CCPS.”

That is absolute gold. Why did she think it a good idea to claim ten successful capital appeals AND eight results in the ET when volunteering for FRU?

What does her name have to do with anything?
If it was an English name or came from an obvious middle class background that would allow her to volunteer without worrying about expenses, would this story be more believable to you?

It was sarcasm .. that was precisely my point. If this had been a middle class English name they probably wouldn’t have batted an eyelid.

I’m afraid that’s not how your initial comment came across.
I’d like to believe that people would be dubious of this story no matter social class and ethnicity.
Let’s all hope you never sit as a tribunal member and give a free pass to the English middle class.

ARE YOU HAAAARRRLEY IN DISGUISE?!!

What has she done wrong?

Jaflas has two new trustees and is back in business.

There are people who’ve been to prison for less!

What she did was not right; I accept that. But, the current competitive nature at the Bar must’ve had an influence in her making all this stuff up.
Did barring her seems disproportionate, I think the committee just want to make an example, but by doing so, they’ve ruined her career. I think they should’ve perhaps suspended her for a set period and given her another chance to practice.

In which case you really need to reset your moral compass. This was dishonesty or a high level. No doubt her lies cost some other individual a pupillage. Dishonesty is usually sufficient to be expelled from most professions and rightly so.

Disproportionate? If she was tempted to lie in these circumstances than how the hell could she be relied upon not to lie when it suited her once she was practising?

Ummm…. I don’t think it was the committee that ruined her career. Seems her creative CV did it for her.

This woman is clearly a perfect match for Lord Harley QC MR etc. Unfortunately, the bar attracts a lot of utterly deluded and crazy people who simply think they should be barristers because of nothing more than their own opinions of themselves. When they fail, some resort to the kind of deceit and fraud this woman cack-handedly orchestrated. Unfortunately, they are often not very bright and quite easily get caught.

I think that should be “Fortunately”…

Lord H wasn’t a barrister and never claimed QC. The whole point is that he hated barristers because they made him feel second best, hence the need to exaggerate and lie about his qualifications. Did he exhaust all his rights of appeal or has he got something pending?
Personally, I think they should restore him to the roll and let him back: he was the life blood of LC and the Crown Courts are a poorer place without the fat buffoon pretending to be an advocate.

I thought it was the girl who lied re getting pupillage at Red Lion – Hani something. Although she wasn’t even called to the Bar so it can’t be her.

Every day I worry about my “intermediate” Spanish getting caught out.

Lol at all the islamophobic comment above that had to be removed. I despair.

What did it say?

You are supposed to be a fit & proper person to join the profession, lying to get in means you are not. She should but be permitted near a client or court.