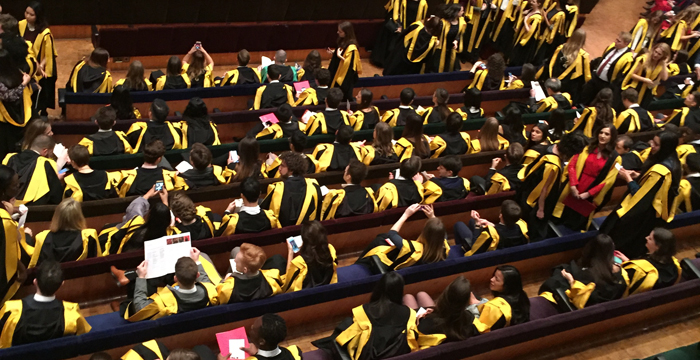 Undergraduate law courses will be ranked by factors including quality of teaching and average graduate salary under new government proposals unveiled today.

Last year, the government introduced a gold, silver and bronze grading system for universities and further education colleges as part of its Teaching Excellence Framework (TEF). Now, Department of Education bigwigs have mooted plans to extend the Olympic-style rankings to cover specific undergraduate degrees. As well as quality of teaching and graduate salaries, the new subject-specific framework will consider student feedback and drop-out rates.

Today, a ten-week consultation has been launched, which will operate in conjunction with a pilot of the scheme involving around 50 universities and colleges. The results of the latter will not be published.

Commenting on the extension plans, Universities Minister Sam Gyimah said we are “in the age of the student”, in which “universities will no longer be able to hide if their teaching quality is not up to the world-class standard that we expect”. He continued:

“The new subject-level TEF will give students more information than ever before, allowing them to drill down and compare universities by subject. This will level the international playing field to help applicants make better choices, and ensure that more students get the value for money they deserve from higher education.”

Last summer, Legal Cheek reported that The University of Law (ULaw) was one of 59 universities and colleges to score gold in the TEF’s provider-level rankings. Other top-rated unis include Oxford, Cambridge, Birmingham, Exeter and St Andrews. There were, however, a few surprises. Russell Group trio LSE, Liverpool and Southampton could only muster a bronze rating.