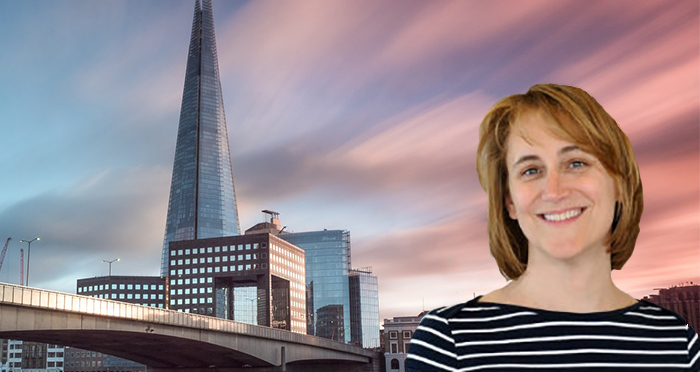 Now a partner at Town Legal, Fielding began her legal career at Slaughter and May as a trainee and later an associate. She interviewed in 1994 for the position while she was living as a man named Matthew, and recalls writing to the magic circle firm just before she began her training contract to inform them of her transition.

“They were fab about it,” she tells Legal Cheek, “they wrote back, arranged a meeting with me and completely took it in their stride.”

Fielding transitioned while she was working at the Bank of England, where she joined as an analyst but later moved into their legal department. At the same time she was completing her legal studies in the evenings in prep for her Slaughters’ TC, which she began in 1998.

At Slaughters, Fielding’s seat supervisors “took differing approaches” to her transition. Some spoke to her about it early on, others didn’t say anything. “I did spend time wondering who knew and who didn’t,” she says. Though not specifically referring to her time at Slaughters — nor at HSF or Gowling WLG where she later ended up — planning solicitor Fielding does concede:

“There are lots of environments that are quite non-trans friendly, still, and non-gay friendly, still, actually. There’s just a blokey culture in some places, not hostile or anything but a little bit excluding. And I have to say law firms do tend to be a bit like this.”

With that said, Fielding has nothing but praise for HSF’s “great” announcement that it’ll fund transitioning staff members’ surgeries. As for Legal Cheek commenter reactions about virtue signalling, Fielding points to the financial commitment the firm has made to the scheme. Gender affirmation surgeries total tens of thousands of pounds, and Fielding says she knew of at least two other trans staff members at the firm when she was a partner there. “You shouldn’t underestimate the amount of money this will cost the firm,” she comments.

Virtue signalling aside, another theme that came through in the Legal Cheek comments section was whether parallels can be drawn between firms paying for gender transition surgeries and firms paying for cosmetic procedures (“bigger breasts”, “designer vaginas” and “fillers”, in our commenters’ words). Fielding, on this, says: “They’re two totally different things. I’ve obviously had the gender reassignment surgery but I’ve also had surgery I would regard as cosmetic. I wouldn’t dream of asking a law firm to pay for that, I’d be too embarrassed!”

Fielding expects other City outfits to follow HSF’s lead in its private healthcare initiative (“big firms do tend to jump on the bandwagon”). In the meantime, firms have already fired the starting pistol with the development of trans inclusion policies.

Our interviewee’s feelings on these are mixed — partly because she thinks the process is almost circular. The kinds of organisation that would, regardless of having a policy, treat trans people humanely are likely to be the ones who’d adopt a policy anyway, so its content is “slightly a side issue”, she says. Fielding, who has worked on big projects involving the Canada Water regeneration and the Emirates Stadium development, continues:

“What’s more important [than having a policy or what the policy says] is that there’s a signal of some sort that the people who run the shop are aware of trans issues and that people who want to transition will be treated humanely and in a balanced way.”

Indeed, Fielding’s firm doesn’t have a trans policy and: “We don’t feel we’re bereft because of it.”

Trans initiatives in corporate law firms have, undoubtedly, gathered momentum in recent years, as have other LGBT+ initiatives. But that doesn’t mean all law firms are wholly inclusive and welcoming; Fielding says:

“I do think there’s a lot of outward-facing portrayal or even trumpeting of diversity credentials, yet questions remain about how truly diverse these firms are in reality.”

With this said, and given the personal nature of gender identity, it can still be difficult for trans trainees and lawyers to know how best to approach their firm about the issue. Do you bring it up in interviews? On your vac scheme? Once you’ve got a training contract? After qualification?

The answer is, of course, subjective. When Fielding, who studied history at the University of Warwick, moved from Slaughters in 2005 to HSF, she decided not to tell her new colleagues about her gender reassignment. What she, personally, learnt from this experience is that she thinks it’s “far better to be out and open and honest about these things, rather than clam up and not say anything”.