From judging cases to judging cooking 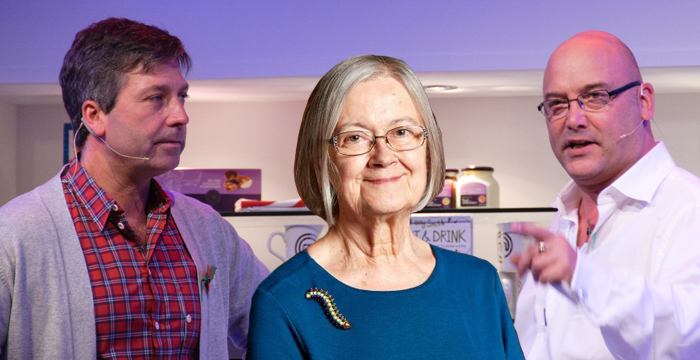 Lady Hale, the president of the Supreme Court, is set to star on cooking show MasterChef this Thursday, on a special episode to celebrate the centenary of female suffrage.

Taking a breaking from judging to, um, do some more judging, Hale will be served a three-course lunch on the semi-final of the BBC show. She’ll sample and rate the food alongside other diners including Helen Pankhurst, a women’s rights activist, as well as female broadcasters, scientists and chefs. Hale said:

“It is a privilege to be invited along to the MasterChef semi-final and I am looking forward to sampling three delicious fish dishes. In addition to sampling these delicious plates, I am delighted to take part because the lunch will celebrate one hundred years since some women were first given the right to vote in 1918. We have a lot to thank the suffragists and the suffragettes for, so I am excited to see how these talented semi-finalists approach marking the anniversary.”

Though Supreme Court judges and prime time TV talent shows don’t tend to mix, Hale is far from the first lawyer to appear on the cooking programme.

In 2015, five MasterChef contestants were tasked with producing three courses for Andrew Caplen, who was the Law Society’s president at the time. He was joined on the show by Catherine Dixon, the then Society’s chief executive, and Max Harris, the then chairman of the Junior Lawyers Division, and others.

And who could forget that 2012 episode of MasterChef that was set in Middle Temple? The culinary hopefuls were set the mammoth challenge of feeding 230 barristers including two Supreme Court judges, three Court of Appeal judges and four High Court judges. The lawyers’ reaction ranged from praise including “it was delicious” and “stellar” to criticism that the starter was “too big” and that “there wasn’t enough passion” in the passion fruit dessert.

Lawyers don’t just appear on the TV programme to be wined and dined — sometimes it’s them doing the wining and dining.

In years gone by, MasterChef contestants have included Morgan Cole solicitor Larkin Cen and ex-Greenwoods solicitor Rukimi Iyer. More recently, in 2016, Nina Mash appeared on the show while she was the head chef at King & Wood Mallesons (whose European arm filed for administration last year). She raised eyebrows with her strawberry risotto dish, and was booted out of the competition.

Sign up to the Legal Cheek Newsletter
Lady Hale