Could The Split be the new Silk? 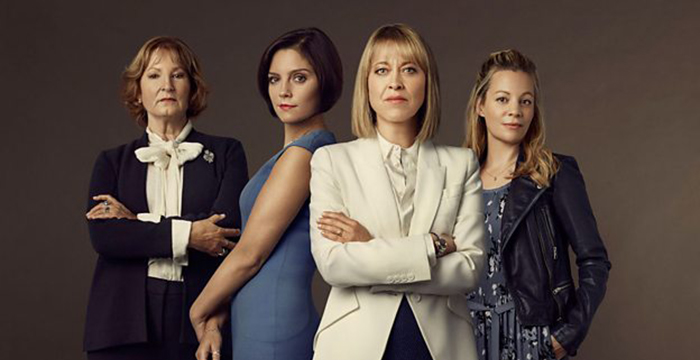 The BBC’s latest legal offering, The Split, tells the story of the Defoe family — a ménage of some of the country’s leading divorce lawyers. However, loyalties are put to the test when Hannah Stern, a senior partner, joins a rival law firm, Noble & Hale, and faces her mother and sister on the opposing side of a high-profile divorce case.

The six-part series, which starts tomorrow (24 April) at 9pm on BBC1, also contains a few additional sub-plots, including the return of Oscar, the Defoe sisters’ long-lost father.

The Split features some familiar acting faces. The role of Hannah is played by Nicola Walker (Spooks and Four Weddings and a Funeral), while her sister Nina and mother Ruth are played by Annabel Scholey (Eastenders and Britannia) and Deborah Findlay (Collateral and Torchwood) respectively. Other TV stars include Stephen Mangan (Green Wing and Billy Elliott), who plays Hannah’s lawyer husband, Nathan.

The Split’s creator, Abi Morgan, spoke to a number of family lawyers as part of her research. On this she said: “I was surprised at how complex and varied family law is — it’s not just divorces.” Morgan, who wrote scripts for the 2015 hit Suffragette, continued:

“There’s the complex world of pre-nups, which raises questions that make for an incredible story — legislating for an end when you’re at the beginning and in that bubble of love. Then there’s child arrangements and the rights of parents, surrogacy, issues around fertility. It suddenly felt like a very rich and complex world to interrogate.”

Sign up to the Legal Cheek Newsletter
Solicitors TV