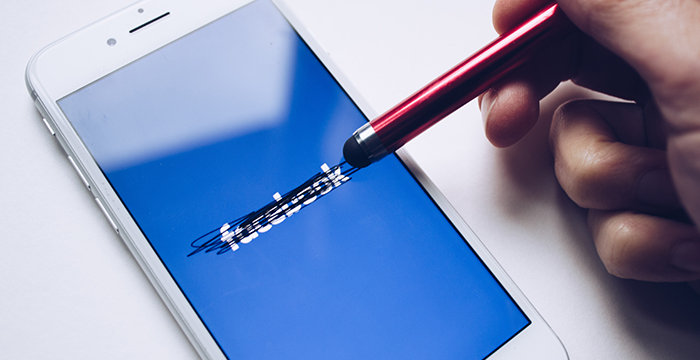 More law and regulation is the “last thing” the world needs in the fight against ‘fake news’. That’s the message coming from some of the top names in the media, who gathered in Whitehall alongside lawyers, politicians and researchers to discuss what one panellist called the “emergency” misinformation epidemic.

David Engel, head of Addleshaw Goddard’s reputation & information protection team, described the problem starkly. “On the one hand you have powerful companies like Facebook making lots of money in advertising revenue, and on the other hand members of the public with very little trust of the content on these platforms,” he said. Nic Newman, a researcher at the Reuters Institute for the Study of Journalism, noted just 40% of people broadly say they trust the media.

“The ad-only business model”, which has also been adopted by various non-paywalled news websites, has been “extremely destructive for journalism” — him awkwardly mentioning the Mail Online‘s “sidebar of shame” while I sat next to a Mail Online journalist.

He explained his company has steered away from using advertising because it wants to remain as neutral as possible, and to ensure users could browse encyclopaedia topics freely without being lured to content about cheap dental treatments and the like.

While major social media sites continue to generate more in advertising revenue than the GDP of Dubai, then “it is time for them to take responsibility for the content that creates the profit for them”, said Engel.

At the moment, it doesn’t seem websites are doing that. Engel, who has been practising for more than 20 years, recalls trying to contact Twitter last week on behalf of a client concerned about a fake account they’d seen. “Try finding a switchboard number for Twitter!” he challenged. “It’s certainly not on their website. It’s very difficult to contact Twitter apart from through their online forms.”

“We don’t have to reinvent the wheel” to help alleviate this problem, says Engel — just having clearly-displayed contact details would be a start. But where the solution doesn’t lie is in more law and regulation, other figures speaking at the event concluded.

This was certainly the opinion of Mick Hume, the editor-at-large at Spiked.

“There are more people being arrested and punished for what they say and think now than since the 18th century”, he said, referring to the recent “ridiculous” case of YouTuber Mark Meechan who was fined £800 after he taught his girlfriend’s pug to give a Nazi-esque salute. Judges, then, are already being asked to make difficult decisions about online conduct, and he fears we’d slip deeper into Orwellianism if they were also made “gatekeepers” of fake news.

Ian Murray, the executive director of the Society of Editors, also had concerns about heaping law onto the problem. Speaking just weeks after Malaysia criminalised spreading fake news, which is now punishable by a maximum of six years’ imprisonment, he said:

“Who is going to decide what counts as fake news and that someone should be sent off to jail for it?”

Both he and Hume think more law is “the last thing we need”. Of course, the internet is hardly a law-free zone. Fake information posted online that amounts to fraud, a threat or racism may be actionable in the criminal courts, while there are civil laws covering defamation.

That’s not to say the panellists don’t think fake news is a serious problem: Dorothy Byrne, head of news and current affairs at Channel 4, described the situation as an “emergency” in which “our children are being fed a diet of filth and twaddle”; PR hotshot and author Mark Borkowski said the “continual erosion of [news] standards” is a “plague”.

It takes (average) 15 hours for a piece of misinformation to be spotted, disproved and removed from the web, the same amount of (average) time polling stations are open… fake news can have a big impact on elections #WMFEvents

The solution, for many people speaking at the event, lies not in law but in education.

Sonia Livingstone, a professor of social psychology at LSE, proposed putting lessons in media literacy on the national curriculum, following a similar initiative being piloted in Italy. This would, hopefully, teach children to think more critically about the news articles they read, instead of mindlessly sharing.

Though young people are, generally, savvy news consumers, some don't read full articles but just see a catchy headline and share it, some also don't check sources of where stories are coming from #WMFEvents

But will these classes be taken seriously when taught alongside more traditional subjects like maths and English? (Let’s face it, some people can be a bit snooty about media studies.) Livingstone responded: “The media is becoming the lens through which we learn everything about society” including politics, health, science, education and the environment — this should be studied and not dismissed as a “Mickey mouse” subject.

Though education and empowerment was a strong theme throughout the four-hour conference, which was chaired by Lord Inglewood and Lord Black of Brentwood, Byrne was sceptical. “If I was beaten up on the street, you could try and teach me how not to be beaten up. But I’d rather you arrested the person who beat me up,” she said.

The onus should lie on the social media sites themselves, she said. The panellists shared plenty of ideas about how we could progress here: introducing tighter controls on adverts that masquerade as news; taking down content faster when rules are breached; and adopting an industry ‘traffic light’ rating awarded to news sites based on their reliability and how they use data.

Sign up to the Legal Cheek Hub
Legal affairs