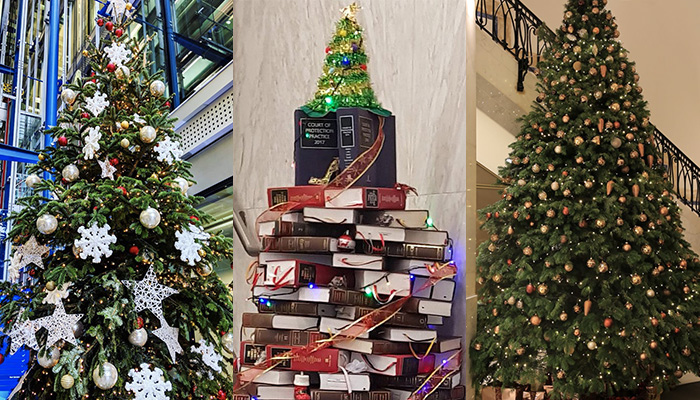 It’s that time of year again, folks! With the holidays right around the corner, the legal profession (well, parts of it anyway) has shown its slightly softer seasonal side and erected Christmas trees in honour of jolly old St. Nick.

So in what is quickly becoming an Xmas tradition in its own right, the elves at Legal Cheek have once again searched the far-flung corners of the internet to compile a comprehensive round-up of the legal profession’s best festive firs.

A very strong effort this year from Freshfields. We particularly like the magic circle player’s Christmas bows and rocking horse ornaments. The question is: do the presents contain this year’s bonuses?

Excellent decorations on RPC‘s whopper of an Xmas tree. Nice to see a slight deviation from tradition and opting for more than one star.

Some might argue ‘the bigger the better’ when it comes to Christmas trees — and Clifford Chance is no exception. This bauble-laden effort strikes an imposing figure in the lobby of the magic circler’s Canary Wharf office.

This very chic looking tree is courtesy of Baker McKenzie. Opting for a gold and orange theme, Legal Cheek particularly likes the use of natural materials including pine cones and twigs.

A post shared by Baker McKenzie Grads London (@bakermckenzie_londongraduates) on Nov 29, 2018 at 6:31am PST

Big Four bean counter PwC has gone all out this year. Not content with just a well-decorated tree, it has created a snowy seasonal scene featuring a working model railway. Oh, and if that wasn’t enough, it’s also drafted in some of its more musically talented staffers to serenade folk as they pass through its lobby.

Another hefty tree, this time courtesy of Allen & Overy. We are particularly fond of the colour-coordinated decorations.

‘A less is more’ approach from our friends over at the UK Supreme Court. While the candles are a nice touch, we think the court has missed a trick in not using Lord Sumption’s ties as a sort of improvised form of tinsel.

They have baubles the size of basketballs over at Birmingham’s St Philips Chambers.

It’s beginning to look a lot like Christmas over at Trowers & Hamlins thanks a trio of tastefully decorated trees.

Middle Temple went all out this year and produced a time-lapse of their Hall being decked out.

?This is how we deck the Hall at Middle Temple. #christmas #decorations #FeelingFestive ?

?This is how we deck the Hall at Middle Temple. #christmas #decorations #FeelingFestive ?

Posted by The Honourable Society of the Middle Temple on Wednesday, December 12, 2018

You can almost smell the Christmassy pine scent in Lincoln’s Inn’s snap.

A very classy effort from Reed Smith‘s London lot. And with an office spread across the 32nd and 33rd floors of Broadgate Tower, perhaps the City’s highest law firm tree. 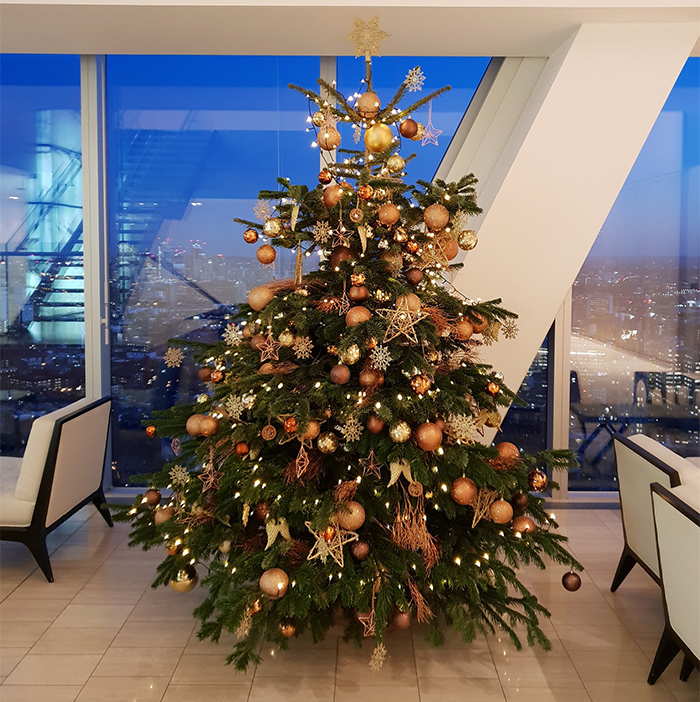 DWF has stuck an absolute monster of a tree in the reception of its Manchester headquarters. We especially like the presents around the base which add a nice homely touch.

Linklaters has opted for a lovely silver-themed tree this year. Plus, carol singers are on hand to help its lawyers get into the festive spirit.