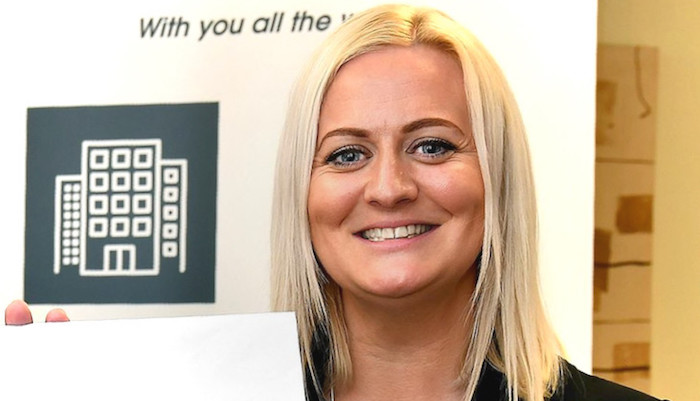 A Coventry University law graduate has been promoted to partner at her solicitors’ firm — less than a year after finishing her last lecture.

Natalie Foster will be taking a cut of the profits at North Yorkshire Law, which has offices in Scarborough, Whitby and York, from April 2019. She graduated with a Law and Practice BA just last summer. Before that she worked as a business manager for Barclays, specialising in commercial lending for Barclays for seven years, later taking time out to have children.

In 2016, during the second year of her law degree, Foster began working part-time at North Yorkshire Law, securing work as an assistant before moving into paralegal work in the commercial department. The Scarborough native became a fee earner immediately after graduating.

The new partner is set to qualify as a Chartered Legal Executive later in the year. This route doesn’t involve a conventional training contract and allows people with previous experience to qualify as a lawyer more quickly, but generally specialising in a particular field and without becoming a solicitor or barrister. Foster already manages a team of nine, including three qualified solicitors.

Smaller firms tend to offer a quicker route to advancement than big, hierarchical outfits. In 2013, Adam Ramlugon became a partner in City firm Bargate Murray aged just 27 — but it helped that the only other partners at the time were Mr Bargate and Mr Murray. Ramlugon has since been promoted to managing partner.

Foster confirmed to Legal Cheek that she is to become a partner at North Yorkshire Law shortly off the back of her previous business experience.

Fair play to her, obviously has a skill set that North Yorkshire Law is looking for as a Partner.

No doubt she can add to the partnership in a way that others who followed a traditional route can not.

Or you could just congratulate her.

Not if you don’t want to. It’s a free country.

But you still could instead of being negative.

Yes, if you want to. It’s up to you. Wow I didn’t know that LC had reached North Korea!

Yes, but you still could, its better than being negative. And stop being racist against North Koreans!

Legal cheek need to report more on alternate and different routes to qualifications.

I’ve always said that we should give Clifford a chance.

Or Clifford the big red dog

Probably still doesn’t get paid anywhere near 50% of a BigLaw associate. I know which id rather!

A non real lawyer becomes a partner at a non real firm on the back of beyond.

“A non real lawyer” – I think we know, with a degree of confidence, that you are not a lawyer…

Why so much negativity? It says far more about you that you look upon a momentous and happy occasion for this lady in such a disparaging and derogatory way. High street shops serve a purpose.

I went to Cov Uni

Good to end the week on the positive achievements of women in law after all the articles focussing on negativity.

It does. One form it takes is people who can’t be positive about women and instead have to be negative about men.

Because we all know that the only reason that women get promoted is by sleeping their way to the top? Have I got your point?

Yeah well done love, spot on! You’re a clever one. You’ll make a great wife for someone.

This is the reality people. Well connected banker brings in guaranteed property finance work from respectable client, while working at a small firm. All you wannabes – stick that in your commercial awareness pipe and smoke it all night long.

Congratulations all round. Quite the achievement. However, I always thought that unless you are qualified as a solicitor that you could not be a manager/owner of a law firm, unless it is an ABS, which NYL isn’t.

Since she has yet to become a legal executive, are they not in breach of SRA rules?

We offer many TC bums every year if you’re interested.

That’s not very nice that!

No one in their right mind would pay LC. It is tin pot and mickey mouse.