Makes a real hash of her career 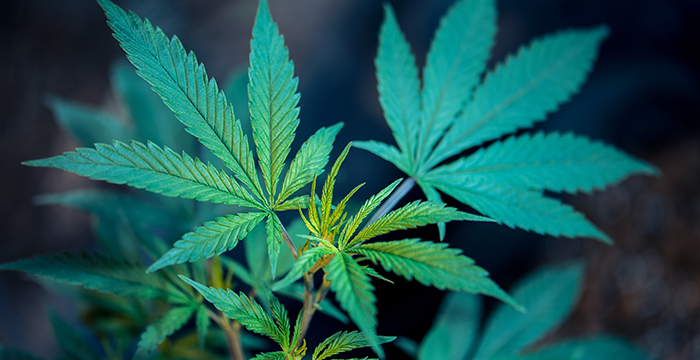 A junior solicitor has been handed a six-month suspension after a small cannabis farm was found in her home.

Michelle Davis escaped being struck off by a disciplinary tribunal after the panel accepted that the drugs weren’t hers.

Davis, 37 this year, qualified as a solicitor in 2012. At the time of the drug bust she worked for Adnan Hanif Solicitors in Nelson, Lancashire.

Davis, however, insisted that the dope belonged to her husband. She had “played no part in the setting up, cultivating, producing or growing of the cannabis”, which was not intended for resale.

The Crown Prosecution Service (CPS) agreed, dropping most of the charges in exchange for David pleading guilty to permitting the production of drugs on her premises.

At Preston Crown Court, Judge Parry sentenced Davis to a community order rather than prison, but commented that “as a result of this conviction no doubt you will be [struck off]”.

Davis told the Solicitors Disciplinary Tribunal (SDT) that she fully accepted her wrong-doing and had “let people down including myself”.

Meting out a six-month suspension, the tribunal noted that Davis was not a “complete novice as a solicitor”, but had ‘fessed up to the conviction and hadn’t been dishonest. There were, the panel said, plenty of mitigating factors in the “one-off episode” for which Davis was genuinely remorseful. It also noted that no clients were harmed in the episode.

Has anyone got her number?

Yes, in the same way renting out your house for prostitution is guilt by association.

The merits of the substantive crime are debatable (I would prefer to legalize it and thus all ancillary offences) but you clearly are guilty of more than ‘association’ by ‘permitting’ your property to be used for a criminal offense.

I get the sense that on the facts in question she was in fact aware of the crime and as a result her liability wasn’t based on imputed awareness. I can’t for the life of me remember whether that gives rise to accessory liability or which other inchoate form, but it’s more than guilt by mere unknowing association.

She pleaded guilty to “permitting”, so there appears to have been a little more to it than an innocent association. I am sure that if it was a mere association then she would have pleaded not guilty.

‘No clients were harmed in the episode.’ Clearly not an episode of Game of Smokes.

Did the STD really say that she had ” ‘fessed up to the conviction “? Seems a bit informal for a judgement.

No, the Sexually Transmitted Disease (or Subscriber Trunk Dialling) did not say that.

you should title yourself in alphabetical order.

Moving with the times my friend.

When you get let off now they send you a letter saying it’s not that deep. Innit.

Am sure she has turned over a new leaf.

Does anyone know the equity partner salary at this firm? asking for a pal

It certainly will never be enough to pay the costs of the SDT in this case.

Ever thought of learning to read?

What is the “Sentencing Advisory Panel”?

I believe it is called the “Sentencing Council”.

Ever thought of learning to read?

I believe you googled it and saw the link to the Sentencing Council and didn’t read any further. If you’d clicked it you would have read ” The SAP continued to draft and consult on guidelines but the SGC, rather than the Court of Appeal, took ultimate responsibility for the creation and form of any guideline that was issued.”

The Guidlines are drafted by the Sentencing Advisory Pannel. If you’d learned to click links you’d know that.

1. The guidelines are issued by the Sentencing Counsel.

ah… you seem to be back at it, with your name not alphabetically ordered.

The circumstances sounds doobious to me

I think her dream of being a successful solicitor has just gone up in smoke.

Yeaaaaahhhhh, this wasn’t really my best one.

Would an unemployed black man have escaped prison in the same circumstances? 🤔