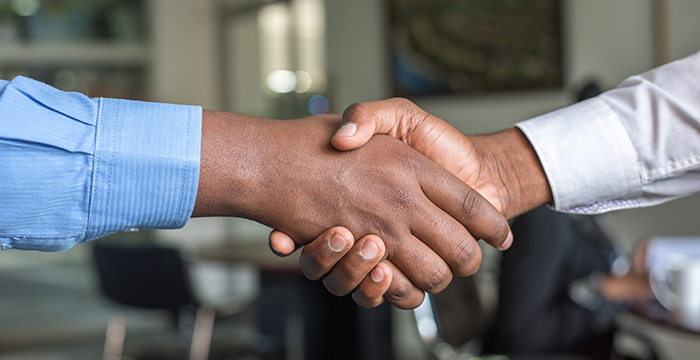 A prominent London law firm has launched a new recruitment campaign specifically targeted at black aspiring lawyers in a bid to improve the diversity of its workforce.

In a tweet posted earlier this week, Leigh Day says it is looking for “six black students of Afro-Caribbean or African heritage” who wish to train as solicitors without taking the university route.

The chosen six — who must have completed their A-Levels in London, according to the post — will commence the five-and-a-half-year apprenticeship route, which leads to qualification as a solicitor, in 2020.

Leigh Day are looking for six black students of Afro-Caribbean or African heritage who have completed A-Levels in London, to a good grade level, and who wish to train as solicitors without taking the university routehttps://t.co/bpPcniv9UD pic.twitter.com/d0vwEPGR6n

“Leigh Day strives to be an inclusive employer and we have set ourselves aspirational targets to improve recruitment and progression paths for BME lawyers,” managing partner Frances Swaine told Legal Cheek. “In particular, we are aware that Leigh Day has recruited low numbers of black lawyers as compared with other ethnic groups over recent years.”

On the new approach to recruitment more specifically, Swaine continued:

“For a time-limited period, we are using the positive action provisions under the Equality Act 2010 to provide opportunities for black students to work towards a legal qualification via the apprenticeship route. Our decision to offer apprenticeships to black students in 2020 was taken in discussion with our BAME committee and is a proportionate measure to ensure we recruit and train up solicitors from a range of ethnic backgrounds.”

The ad has attracted criticism from some online. Leigh Day stressed that it has taken the appropriate steps to ensure that its recruitment process is lawful.

Stats published by the Solicitors Regulation Authority (SRA) show that 3% of lawyers across England and Wales are black, a rise of just 1% since 2014.