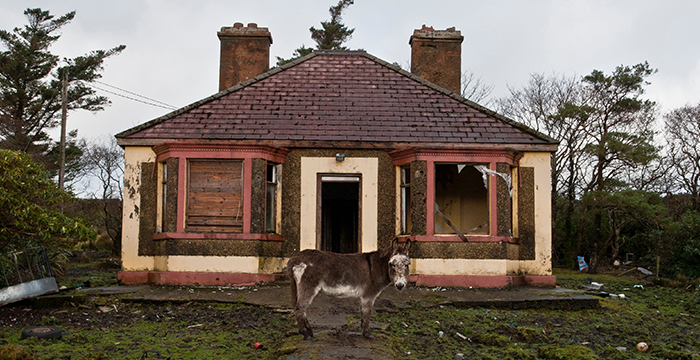 An entrepreneurial law graduate has set out to tackle rogue landlords through the launch of a new website that allows students to share their letting “horror stories”.

Natasha Hopewell — who graduated from the University of Lincoln last month — was moved to create the website after her own less than positive letting experiences during her second and third year.

Hopewell, 23, claims she lived without hot water for ten weeks, landlords would make unscheduled visits to her student digs and maintenance men would access her room while she was sleeping. The law grad was even asked to sign a non-disclosure agreement after becoming involved in a legal dispute with her former letting agent, which eventually settled out of court.

But now she says she is fighting back with CribAdvisor, a platform which allows students to leave anonymous reviews and share their rental experiences — both good and bad.

Speaking to Legal Cheek, Hopewell explains she’s been working on the site for the past year with her former housemate and computer science grad, Lawrence Thorpe, and Dominic O’Connor, a graphic designer and graduate from De Montfort University.

“When we spoke to other student renters in Lincoln, we quickly realised that this was an experience shared by the majority, and people had similar horror stories about their provider, or an even worse one,” Hopewell tells us. “When we started questioning why there wasn’t a platform for students to warn each other to stay away from the worst student accommodation providers, we immediately got to work.”

The website, which has attracted over 430 reviews since it went live in July, focuses on the student letting market in Lincoln, however Hopewell hopes to expand into other UK cities in the “very near future”.

So does this mean a career in law is off the cards? “It was my plan to do my BPTC [Bar Professional Training Course] and become a barrister — the dream is to specialise in commercial trusts. But I had to turn down my BPTC offers starting this September so that I can dedicate this year, and potentially a few more, to growing CribAdvisor,” Hopewell explains.

She continues: “I plan to work on the site for as long as I can, then when it is in a position where I’m confident I can hand it over to someone better equipped as a project manager than I am… I will go and do either a masters in law, or go straight to my BPTC and go into practice.”