‘I’m a barrista (sic) — the QC stands for Quality Coffee’ 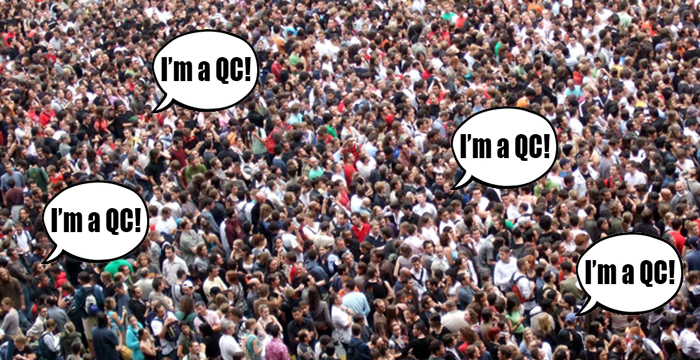 A junior barrister has warned social media users adding ‘QC’ to their name could be breaking the law.

In response to a trend that emerged over the weekend which saw Twitter users add the two-letter insignia to their online names, Joanna Hardy, a criminal barrister at Red Lion Chambers, wrote: “This is your reminder that it is an actual crime to pretend to be a barrister when you aren’t. Even on Twitter.”

This is your reminder that it is an actual crime to pretend to be a barrister when you aren’t.

That includes wilfully pretending to be one. It also includes using any name, description OR TITLE with the intention of falsely implying you are one.

Hardy, who was called to the bar in 2010, noted while some had used “heavy comedy disclaimers” to counter their use of the symbol, others had not. “Some people are now literally whacking ‘QC’ after their name and boldly entering public debate,” she tweeted.

The likes of talkRADIO host Julia Hartley-Brewer and Guido Fawkes reporter Tom Harwood have added QC to their usernames, as well as a raft of other users, including one who wrote, “I’m a barrista (sic) — the QC stands for Quality Coffee”. Harwood quipped: “Think you’ll find the QC in my twitter name stands for Quality Content ??.”

“I don’t think we will be seeing any prosecutions of ‘comedy’ QCs on Twitter. The law isn’t aimed at jokes or satire but at those truly impersonating a barrister. However, anyone entering online legal debate, or offering a legal opinion, with a fake QC by their name should probably be cautious.”

Speaking on Radio 4 this morning, Pannick stressed that he helped Letwin draft the amendment but denied advising him about political tactics. “The idea… that I am some sort of political mastermind is complete and absolute nonsense,” he explained.

Blackstone Chambers silk Pannick represented anti-Brexit campaigner Gina Miller on the legal challenge to Brexit and most recently, the parliament prorogation case. He is understood to not be involved in any current Brexit legislation.