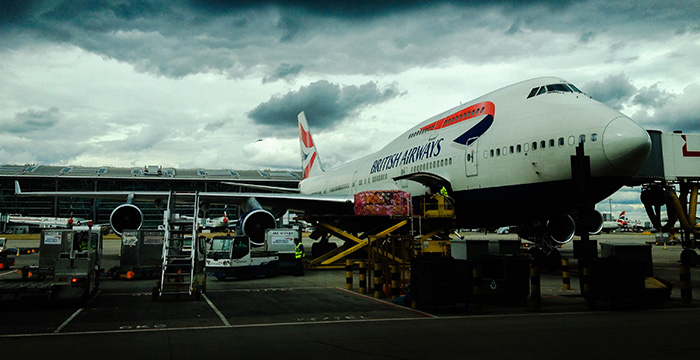 A high-flying City lawyer allegedly claimed his £15,000 first-class jolly to Dubai was ruined when British Airways (BA) cabin staff supposedly took over five hours to fit a baby seat for his daughter.

Antonio Michaelides, an associate in the London office of US outfit Covington & Burling, is said to have been left less than impressed when his five-month-old daughter couldn’t sleep for most of the seven-hour journey from London to Dubai because of what he reportedly described as a “complete s*** show” from cabin crew, according to the Mirror newspaper.

The 35-year-old lawyer, who was travelling first-class with his family on what has been described as “a trip that combined work with a family holiday”, allegedly claimed BA staff took an hour to locate and install a special table for the seat, and a further 30 minutes to find the seat itself.

The employment law specialist is also said to have claimed that BA staff took another four hours to fit the table and seat together, all while his daughter was forced to sit upright and miss out on vital sleep, the report adds.

Michaelides reportedly posted on social media: “On a recent flight with @British_Airways, it took their cabin crew over 90 minutes to reach the point in the first photo and almost four hours to (insecurely) fit an infant seat (which is unsafe for babies under six months) as per the other photos.”

He is quoted by the newspaper as saying: “The point is quite simply that the cabin crew had no idea where the infant seat was and therefore took an unreasonable amount of time to find it. But 4.5 hours into the flight we were still not able to keep our daughter in the infant seat. That is what was a health and safety risk.”

“We would have been better flying economy”, he reportedly added. “The whole thing was a complete s*** show.”

But the Mirror goes on to claim that sources at BA “strongly deny” the incident was a health and safety risk. They’ve also reportedly challenged the lawyer’s alleged claim that it took over five hours to source and assemble the baby seat.

“Safety of our customers — however small — is at the heart of all we do. That’s why we offer both seats and cots which are suitable for use from birth, and they are extensively tested by the manufacturer and aviation authorities before we use them on board. Our crew are trained in the safe fitting of these seats across of all of our cabins, and we board families with infants early as we know parents value the extra time to settle in.”