As Rebecca Long-Bailey defends record as a solicitor 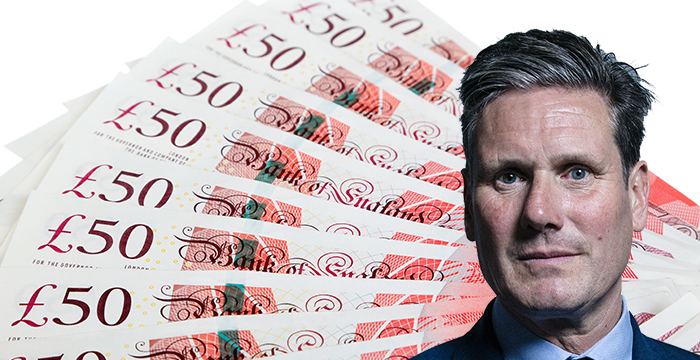 A veteran human rights barrister has donated £100,000 to Keir Starmer’s leadership campaign, it emerged this week.

Robert Latham, a housing and welfare law expert, splashed the cash at his former Doughty Street Chambers colleague on 27 January.

The donation has now been revealed in the latest register of MPs’ interest.

Latham, who was called to the bar in 1976, has now retired but remains an associate tenant at Doughty Street. In 2008, he was presented with an award for Legal Aid Barrister of the Year by Cherie Booth QC, wife of former Labour leader Tony Blair.

Starmer is widely seen as the front runner in the race to succeed Jeremy Corbyn as leader of the Labour Party. All three candidates faced Andrew Neil in a BBC interview last night, with Starmer defending himself against accusations that he has not yet published all donations to his campaign.

“I’ve got a compliance team in place checking that every donation is in accordance with the rules. Once they’ve done that they pass it to the parliamentary authorities for them to publish it… I’m following the rules so that everything can be published.”

Fellow contender Rebecca Long-Bailey was quizzed about her work as a solicitor before entering politics. The Mancunian MP once claimed to have lawyered “for the NHS to help defend our health service“. But Neil pointed out that she had actually been in private practice, working on controversial contracts that “handed over ownership of £190 million worth of NHS assets to a Luxembourg investment vehicle”.

“I defended the NHS on a daily basis on a whole range of issues. Commercial property was one aspect of the work that I did. I [also] worked in comprising local authority contracts to provide joint services — a vital necessity to our communities.”

She added that all NHS property deals at the time included a PFI (Private Financial Initiative) element, which was what opened her eyes to the “insidious” nature of those contracts.

Voting in the leadership contest closes on 2 April and the winner will be announced on 4 April.