Exclusive: A handy leg-up for those who can afford it 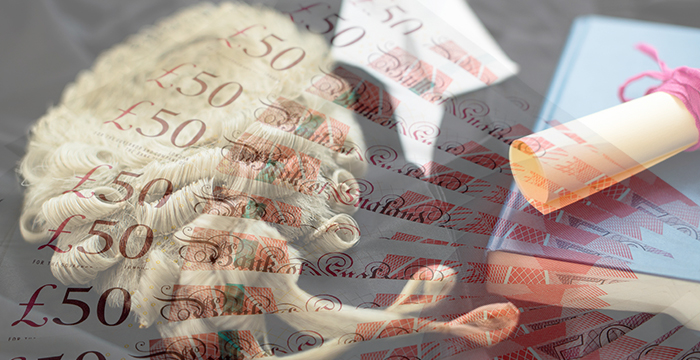 Budding barristers with money to throw at the fiercely competitive business of securing pupillage can pay for interview coaching and advice.

In one example, QCappointments.co.uk charges pupillage candidates £500 plus VAT (ie £600) for three hours. While that translates into £200 an hour including VAT, it is a reduction on the £300 an hour the company charges established practitioners for help becoming a silk.

QCappointments says that “Our interview coaching services aim to optimise your performance at interview by providing you with one-to-one advice and feedback on content, interview style and nonverbal communication”.

However, the website told Legal Cheek it had “not taken on any clients for pupillage or training contract interviews for the last three years”.

Judicialappointmentstraining.co.uk until recently advertised “Pupillage and Training Contract Interview Coaching” for £495 plus VAT, or about £300 an hour. It has since removed the relevant page from its website, telling Legal Cheek that the service was essentially dormant and had not been delivered in a year or two despite ongoing demand.

Much cheaper is gofurthergoals.co.uk, which offers a two-hour package for £99, five hours for £199 or eight hours for £299. It operates over Skype with additional “phone and email support”. This one is offered by an “experienced Training and HR professional” rather than a barrister. It told us it provides an “extremely cost effective service for quality individual attention.”

Another website, jsbjudicial.com, offers both pupillage and training contact coaching, saying that “such a session may well give you the edge over fellow candidates in what is a highly competitive environment — in which you only have one chance to impress”.

It too has branched out from the lucrative market in QC and judicial appointment coaching, for which it normally charges £260 + VAT an hour. But the website told Legal Cheek:

“It has been our practice to discount the hourly rate significantly for students/pupillage applicants, who can expect to pay less than £200.00 + VAT per hour — and possibly significantly less than this, depending upon individual circumstances.”

There are free alternatives, at least for those still studying. The well-regarded Pupillage and how to get it guide says that “both your university and your Inn will definitely offer” mock pupillage interviews. It also recommends asking “any barrister(s) you know to conduct one, especially if you have been allocated any kind of mentor”.

Competition for pupillage is fierce. Less than half of those who completed the Bar Professional Training Course (BPTC) between 2013 and 2016 had bagged a pupillage spot by March 2019.

The profession continues to be dominated by those from well-off backgrounds, with around one third of barristers still privately educated.

The Junior Lawyers Division of the Law Society has in the past urged wannabe solicitors not to pay for training contract coaching. The Bar Council has been approached for comment.

Sign up to the Legal Cheek Hub
Barristers Pupillage Students