War of words between JLD and regulator rumbles on 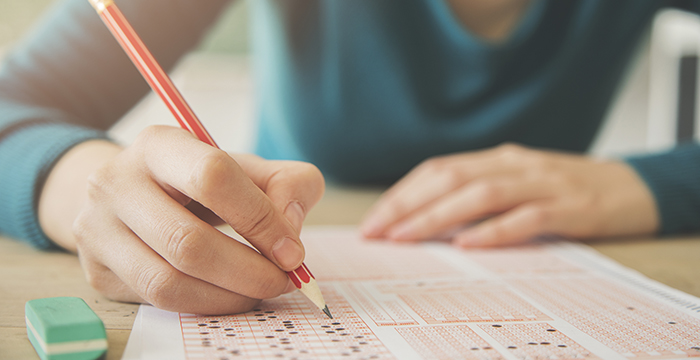 A group of junior lawyers has urged the Solicitors Regulation Authority (SRA) to delay its rollout of the new solicitor super-exam, just days after the regulator signed off the final design.

In a lengthy letter to the regulator’s chief exec Paul Philip, The Junior Lawyers Division (JLD) lists off a series of concerns it has with the Solicitors Qualification Exam (SQE), a two-part assessment due to come into force from September 2021.

Primary among the concerns is the reliance on multiple choice questions (MCQs) to assess candidates’ functioning legal knowledge as part of SQE1. The JLD says it has been in contact with a “small number” of individuals who tested these sample MCQs as part of the pilot, with “worrying results”.

These SQE guinea pigs include a young paralegal with “no formal legal training” who took 30 minutes to do the first 30 questions. He scored 43%. Another candidate, now working as a paralegal but who had not done the Legal Practice Course (LPC), scored 60% after completing 30 questions in 30 minutes. The letter also cites the example of non-legal PhD holder with no legal training who scored 73% after completing the 30 questions in just eight minutes.

On this, the JLD says: “This small number of examples produce troubling results and would suggest that the MCQs are not overly difficult, confirming the current concerns of the profession, and that the SRA is potentially setting the level of legal knowledge and/or question standard too low.”

“Undoubtedly in order to set a higher standard it would be necessary for individuals to have the requisite legal knowledge to complete the assessment and we refer back to our concerns about the lack of a requirement to complete a QLD/GDL. We consider that further work needs to be undertaken in relation to MCQs and the level of legal knowledge candidates are expected to have, and that the data from the SQE 1 pilot should be released in a similar manner to our examples above.”

The group — which looks after the interests of roughly 70,000 LPC students, trainees and solicitors with up to five years’ post qualification experience (PQE) — goes on to argue that the SQE is not yet ready for final approval and that more time is needed to ensure it is fit for purpose. It adds: “We believe that a further delay is needed and that the SQE should not be brought in, in its current form, in 2021.”

On Monday the SRA revealed the final design of the super-exam. It will seek final sign-off from the Legal Services Board (LSB) this summer.

Read the JLD’s letter in full below: