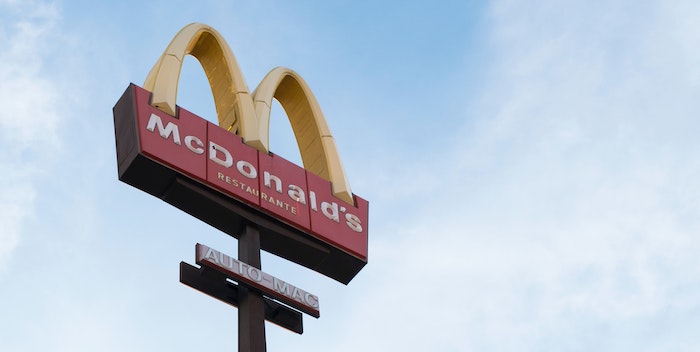 In a tweet (screenshot below), which has received nearly 20,000 retweets and over 270,000 likes since it was posted earlier this week, the law grad, who Legal Cheek has chosen not to name, adopts the popular ‘how it started vs. how it’s going’ meme format to share their relatable graduate gripes.

Under ‘how it started’ is a snap of the grad’s law and criminal justice degree certificate, which shows that they graduated with a 2:1 back in August. Under ‘how it’s going’, their achievement is then contrasted with a screenshot of what appears to be an email from the McDonald’s recruitment team, rejecting them for a part-time position at a Liverpool branch.

While at first glance this tweet presents a rather gloomy report of the current graduate job market, the latest reports suggest that the impact of COVID-chaos on the legal industry is not as bad as first feared.

The financial uncertainty brought about by the pandemic initially saw law firms respond with a range of cost-cutting measures. These included pay cuts or freezes, partner payout deferrals, delays to bonus decisions, and the furloughing of lawyers, trainees, paralegals and support staff.

But City players have since found their performances to exceed expectations, and as a result, have recently wound back these emergency measures. Many have since upped pay, restarted salary reviews and resumed partner distributions.

Meanwhile, having restored hours, ended flexible working schemes and brought staff back from furlough, several firms have also repaid the cash received as part of the government furlough scheme. It’s also worth noting that the law grad’s McDonald’s job application arrived as the hospitality industry faces major challenges as result of the global pandemic.

However, the graduate’s job search could soon be over. Replying to the viral tweet, one rookie lawyer revealed there are vacancies at her Liverpool-based law firm and urged the grad to ‘DM’ her.