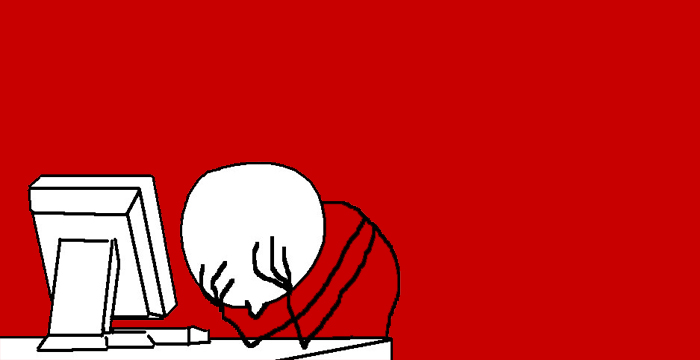 Organisers of last summer’s chaotic bar exams have issued grovelling apologies after the findings of an independent review were released today.

The Bar Standards Board (BSB) and Pearson VUE were inundated with complaints by distressed candidates trying to sit their Bar Professional Training Course exams in August 2020. Issues reported at the time included students being unable to book an exam slot, being locked out of the online system on the day and having to urinate in bottles and buckets because no breaks were allowed.

The review by two outside experts has now substantiated many of the complaints, with both organisations coming in for heavy criticism.

It found that there was no one cause of the exam chaos, but rather a “perfect storm” of challenges and screw-ups.

The BSB has apologised, welcomed the review’s recommendations and published an action plan for improvements. Pearson VUE has also issued an apology.

The exams in question were the three centralised asssessments in ethics, criminal litigation and civil litigation. Originally due to take place in April 2020, the onset of the pandemic meant that they were rescheduled for August 2020 and largely took place online, except for candidates who needed reasonable adjustments.

After widespread complaints about how it all went down, top boffins Professor Rebecca Huxley-Binns and Dr Sarabajaya Kumar were commissioned to investigate. They delivered their report in March 2021 and it was published today.

The duo concluded that the BSB was right to move the exams online and acknowledged that the pandemic made life difficult for all concerned.

Two decisions turned out to be crucial: sticking with closed-book exams and not allowing unsupervised breaks. This lack of flexibility meant that when things went wrong, they went really wrong.

Take the students who were unable to use the toilet during the exams. Technical glitches meant that instead of being sat in front of their computer for a manageable period, they were there for four or five hours. BSB Director General Mark Neale told the review:

“I am sorry that we did not provide for a break in the examinations to enable students sitting the examinations at home to move away from their desks for a short period. I do not believe the lack of a break would have mattered had all the students who wanted to been able to book a place at a testing centre and had all the examinations started promptly. It’s not unusual in many aspects of professional and personal life to have to manage three hours without a break. But the lack of a break clearly did put unnecessary pressure on some students, especially when there were also severe delays in signing in. Avoiding the pressure and indignity that resulted would have been worth the extra administration and cost.”

The review slates Pearson VUE on several fronts. On the exam bookings, “it is clear that the Pearson VUE booking system was chaotic. The combination of a lack of capacity and trained staff, together with the change from a telephone to an email booking system, led to unnecessary distress and considerable anxiety among the candidate cohort, and especially for those requiring reasonable adjustments, who were further disadvantaged”.

The company blamed candidates for problems logging on to the online exam platform. But Huxley-Binns and Kumar aren’t buying it. They quote the head of IT at Gray’s Inn, who personally checked the internet settings of several students and concluded that “the technical failure was with the online platform itself.”

Evidence of widespread tech issues was met with “surprise and denial” and an “apparent lack of interest in finding out what could have caused the problems”.

As the BSB struggled to work out what was going on, the stats that came back were less than helpful. In response to the question “of the 828 people due to complete exams on Tuesday and Wednesday [11 and 12 August] how many actually did so?”, Pearson VUE replied:

“The exams scheduled to be taken on Tuesday and Wednesday = 830 — 23 candidates ( all OP ) our records are showing without a result being received so 807 exams were taken, the 23 affected exams happened during yesterday. The 98 cases raised so far relates to OP & test centre deliveries and this number will increase and decrease as the events continue — should these case figures be used to calculate the stat’s for delivered exams or success rates, as some of these cases can be for informational purposes, its the 23 candidates that couldn’t start or complete their exams that require investigation.”

Nevertheless, the regulator issued a notorious statement on 14 August claiming that “89% of our exams have been delivered without any reported incident and 97% of exams have been successfully completed in all”. The BSB now admits that only 75% of all exams taken over the period were completed.

Chair Tessa Blackstone said: “I should like to apologise again to all those students who faced difficulties completing their exams last August. The BSB had to move from pen and paper based assessments delivered by training providers to arrange computer based assessments in a very short period of time in the middle of a global pandemic. Ordinarily such a change would have taken at least 12 months to plan and to pilot. I am pleased that the report finds that the BSB was right to seek to offer computer based assessments and right to contract with Pearson VUE to deliver the exams, including to run remote proctoring for the students sitting the exams online and to book testing centre spaces for students unable to take the exams remotely.”

“Pearson VUE fully supports the ‘Independent Review of the Bar Standard Board’s management of the August 2020 sittings of the Centralised Examinations’. The in-depth findings appropriately bring attention to areas where Pearson VUE did not fully meet the expectations of the BSB or its candidate cohort. Pearson VUE is deeply sorry for any stress and frustration experienced by BSB candidates.”

The continued: “As indicated within the review, our global test delivery operations were challenged throughout 2020 due to the conditions of the pandemic; test centre closures and social distancing requirements (as mandated by local governments) limited test appointment availability. Complex arrangements and quick decisions were made by both the BSB and Pearson VUE in difficult circumstances. As a result, aspects of our handling and communications fell short.”