‘We absolutely do not condone this irresponsible and reckless behaviour,’ says US outfit Lovett Law Firm 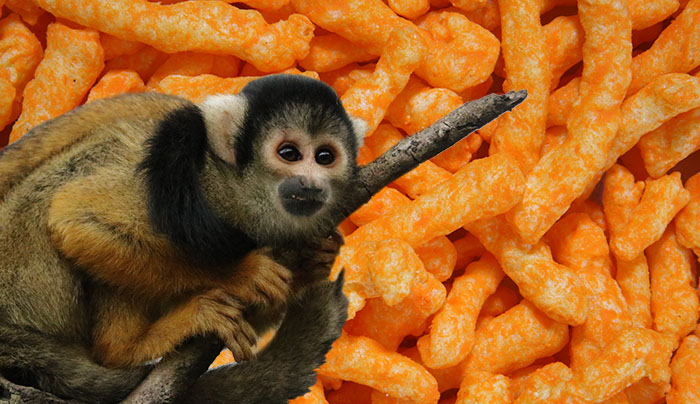 A US law firm has parted ways with one of its paralegals after footage emerged appearing to show her climbing into a spider monkey enclosure at a zoo and feeding them Hot Cheetos.

Lovett Law Firm issued a statement this week slamming the actions of its former employee, who they did not name, calling her behaviour “irresponsible” and “reckless”. It has been reported that officials at the zoo also plan on pressing charges.

Footage of the bizarre incident at El Paso Zoo in Texas shared on Instagram over the weekend (screenshot below) shows the woman sitting on a rock under a waterfall appearing to feed two monkeys. Whilst it’s unclear from the video what the woman was supposedly handing the primates, the Instagram page that posted it claimed she fed them the much-loved cheese puff snack “Hot Cheetos”.

“We learned this morning that the individual who was filmed trespassing in the spider monkey enclosure of the El Paso Zoo was an employee of Lovett Law Firm,” shareholder Nora Artalejo Lovett said in a statement posted to Facebook on Monday. “She has been terminated.”

“The firm has always been a strong supporter of animals and animal advocacy. We absolutely do not condone this irresponsible and reckless behaviour,” the statement continued. “We support the El Paso Zoo and our thoughts go out to the spider monkeys, Libby and Sunday, and hope that they will recover from this very traumatic experience.”

The woman is reported to have been a litigation paralegal within the firm’s personal injury department.

“This young lady decided to hop a fence, climb through some bushes, drop down into a four-feet deep moat, walk across the moat and then try to feed the spider monkeys,” zoo director Joe Montisano told the El Paso Times. “It was stupid.”

He added that the zoo might have to get a higher fence around the spider monkey enclosure, which will make it harder for guests to see them.

Sign up to the Legal Cheek Newsletter
Paralegals US