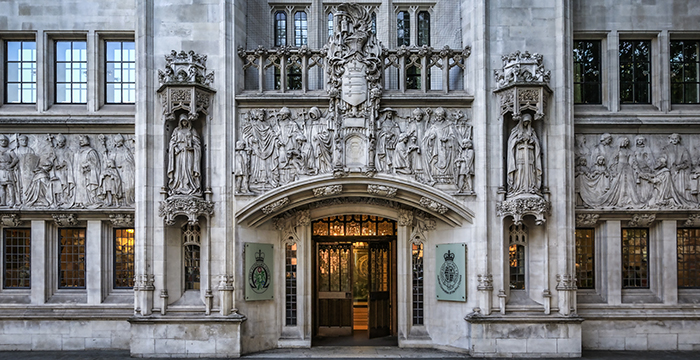 The Supreme Court has teamed up with a diversity charity to launch its first-ever paid internship aimed at aspiring barristers from underrepresented communities.

The UK’s top court today announced it will recruit eight bar hopefuls for a “challenging” and “intellectually stimulating” five-day placement to run later this year.

Successful applicants will observe cases, discuss legal arguments with justices, and gain insights and guidance from their assigned judicial assistant.

In preparation for the programme, interns will receive two days of “coaching” courtesy of Bridging the Bar, a charity committed to increasing the equality of access to opportunities in the legal profession across all underrepresented groups.

In order to apply, candidates must come from a non-traditional background and have completed or accepted an offer with the intention of completing the Bar Course. Participants will receive the London Living Wage.

“I am delighted to announce the launch of the Supreme Court’s first paid internship programme, which offers a real insight into the work of the court. The court recognises that it has a leadership role to play to support increasing diversity of the judiciary and it is our intention that this programme will support the progression of underrepresented groups into the legal profession and ultimately into judicial roles.”

She added: “We are looking forward to learning from the interns and hope that the programme will provide an intellectually stimulating experience for participants and support them to pursue a career in the law.”

A diversity report published last year by the Bar Standards Board shows that 14.7% of barristers are from a black, asian and minority ethnic background, while over half of British-educated QCs attended a fee-paying school.