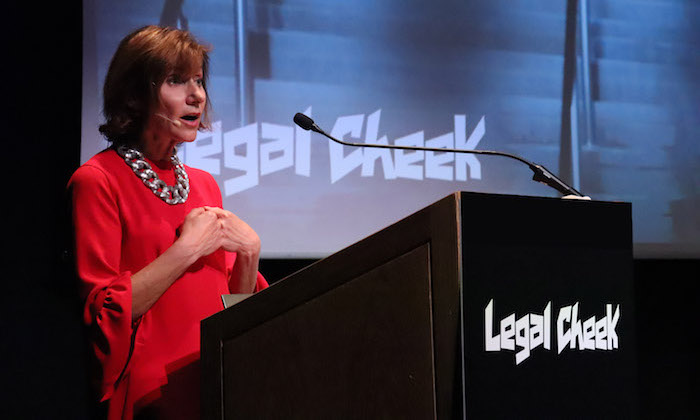 Solicitors Qualifying Exam (SQE) architect Julie Brannan is to step down from her role as the regulator’s education chief this summer.

The Solicitors Regulation Authority announced on Friday that Brannan, its director of education and training, will be retiring in June, and they are looking to recruit her replacement.

Brannan will have held the post for almost nine years by the time she retires in June 2022, having joined the solicitors’ regulator in October 2013. During this time, she oversaw and helped implement the new SQE regime (and played a cameo role in our 2019 Awards video!).

“I have loved every minute of working here, being involved in so many fascinating projects, not least turning the SQE from a concept into a reality,” said Brannan. “My long planned retirement creates a great opportunity for the right candidate to work with an expert team to make a real difference to the legal sector.”

The SRA’s new hire will have to hit the ground running. They’ll evaluate the impact of SQE after the second stage of the assessment, known as SQE2, takes place in April this year, and continue the regulator’s work examining the causes behind the “attainment gap” that exists among different ethnic groups in professional legal exams. They’ll also work with the Legal Services Board to support its efforts around solicitors’ continuing competence.

She described getting people onboard with the SQE in its early days as the biggest challenge of her job. “There were a lot of people who were, quite rightly, cautious of the SQE,” said Brannan. “They saw changes to this sort of professional assessment as an important thing to get right, and I absolutely agreed with them about that. I did feel there were things with the old system which needed to be addressed and it was important to grab the bull by the horns and try to put things right.”

The SQE officially went live on 1 September 2021. The first stage of the assessment, SQE1, took place in November, and the results were released by the regulator on Friday. Fifty-three percent of candidates passed both stages of the first assessment. “We are delighted the exam is robust, fair and reliable,” continued Brannan. “It’s a good assessment of the candidates who took the exam, and I am pleased to have seen through the role to first delivery.”

Former Herbert Smith Freehills partner Brannan, who holds a masters in French and Italian from Oxford University, told Legal Cheek she’s planning to dust down her French and holiday in France upon retiring later this year. She also has an allotment and plays the piano. “I’m not short of things to do but I’m looking forward to doing different things!”

Applications for the post close on 7 February 2022, with the SRA welcoming “suitably qualified individuals coming from the widest possible range of backgrounds”.

Surely this is satire