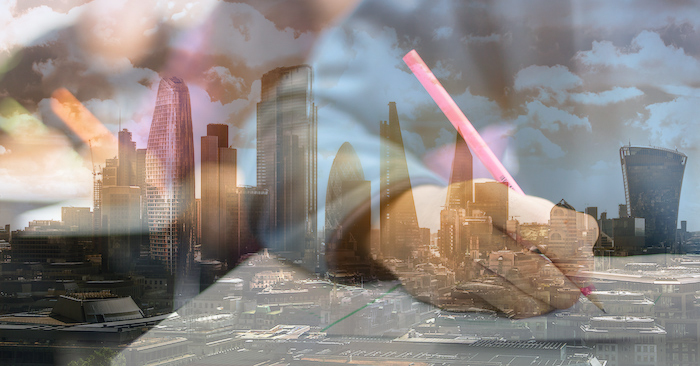 The majority of law firms think the Solicitors Qualifying Exam (SQE) will not be enough to prepare students for legal practice.

The main concern among law firms appears to be that the new centralised route to qualification won’t cover enough ground and students will require a more thorough course in order to fully prepare them for their training contracts or qualifying work experience (QWE). Almost three-quarters surveyed (70%) responded this way.

So, if, as the majority say, the SQE won’t be enough, what will be?

The SQE is a two-part national assessment to be set and examined centrally. The Solicitors Regulation Authority (SRA) has been open about the fact that the so-called ‘super-exam’ is a foundation to build on, an L&D manager at a leading City law firm told Legal Cheek. As such, the SRA’s role is to determine the minimum for someone to be suitable for qualification as a solicitor — whatever their ultimate job may be. This means that there will have to be tailoring for the specifics of the role they are taking on, and for City practices that means putting in additional content to prepare trainees for work in a City law firm.

This gives firms greater flexibility. “Rather than dealing with lots of prescriptive requirements from the regulator, firms will now have more freedom to provide bespoke training that meets the needs of their business,” Julie Brannan, director of legal education and training at the SRA, told us.

Lloyd Stephenson, head of resourcing at City outfit Ashurst, agreed. He noted that although the SQE “does require less corporate and commercial law to be studied”, it allows “more flexibility to shape and adapt the training for our emerging talent”.

It seems that elite City law firms will provide SQE ‘top-up courses’ for trainees to supplement the knowledge and skills examined under the new regime. These are likely to be in addition to those taken by trainees to prepare for the SRA’s centralised assessments. Exactly what they’ll cover depends on the type of firm a trainee joins, as Brannan said, but “some might want to focus more on a particular area of practice, tech or broader business skills”, she added.

Robert Halton, chief people officer at Burges Salmon, shared with us some of the areas he thinks commercial law firms should aim to include on their bespoke courses. “Understanding the business needs of clients, managing legal projects and the role and application of technology are critical skills for the professional careers of our lawyers which go beyond the core areas that the SRA identified,” he said.

Such an approach would not be too dissimilar from the Legal Practice Course (LPC) electives which the SQE phases out. Under the current regime, LPC electives, or modules, are usually prescribed by a law firm and tend to align with their core practice areas. City law firms, for instance, tend to opt for corporate and commercial electives with a transactional focus.

Exactly where these top-up courses will sit in the SQE timeline is unclear. Yet, we now know the dates of the first SQE exams and given that a student must pass SQE1 before they proceed to SQE2, and that there’s going to be a six to ten week wait for SQE1 results to be released, this could be prime time for firms to deliver extra courses and get rookies up to speed.

They’re likely to partner with and commission legal education providers to deliver these courses. Some of the individuals we spoke to encouraged students and prospective trainees to research any future employer’s plans in this regard.

But what about those students that don’t secure an elite City TC? How will they go about getting similar levels of exposure? It’s likely we’ll see a new market emerge where the leading law schools offer top-up courses, in addition to preparatory courses to pass the two exams, and at an additional cost. What this means for access to the profession remains to be seen.